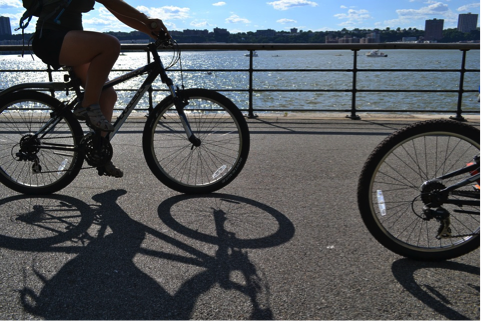 Being a bike courier is a popular job in big cities like New York, where packages, food, and other items are on a tight delivery schedule. Also, being able to avoid street traffic is a huge advantage for bikers. But it comes with its own set of dangers as well, especially on the streets of the Big Apple. Bike messengers are under time constraints, which can force them to make risky moves on the road.

Bicycles make life in a big city easier, but their increasing numbers make it more likely we’ll continue seeing bicycle accidents. Other bikers, pedestrians, and cars can obstruct a biker’s path. It is imperative to take necessary safety precautions to avoid such accidents.

How to Stay Safe on the Road

Bicycle injuries tend to happen unexpectedly. Bicycle messengers ride at high speeds to keep up with the demands of their work, and they can encounter anything from negligent drivers, bad weather, and road rage.

If you are a bike messenger, there are some steps you can take to increase safety as you’re biking around the city:

If you are a bike messenger who was injured on the job, there are some steps you can take to receive compensation for your injuries. If you are an employee, you can apply for workers’ compensation, or you can potentially bring a lawsuit against the individual who caused your injury. We’ve covered what pedestrians hit by bicyclists should do in a previous blog in case you were injured by a bicyclist.

Trying to figure out who is ultimately at fault or how to recover compensation if you are a bike messenger can be complicated. Our skilled NYC bicycle accident attorneys are here to help. If you were injured on the job as a bike messenger, give The Case Handler team at Pollack, Pollack, Isaac & DeCicco, LLP a call at 929-223-4195.

By The Case Handler | Published April 30, 2019 | Posted in Uncategorized

Since 2004, I have been obtaining justice for accident victims by making sure they receive full compensation for their injury, medical bills and loss of income. To date, the total recovery for my clients has been over $100 million dollars. The law provides for a one-time recovery in personal injury actions making your choice of personal…