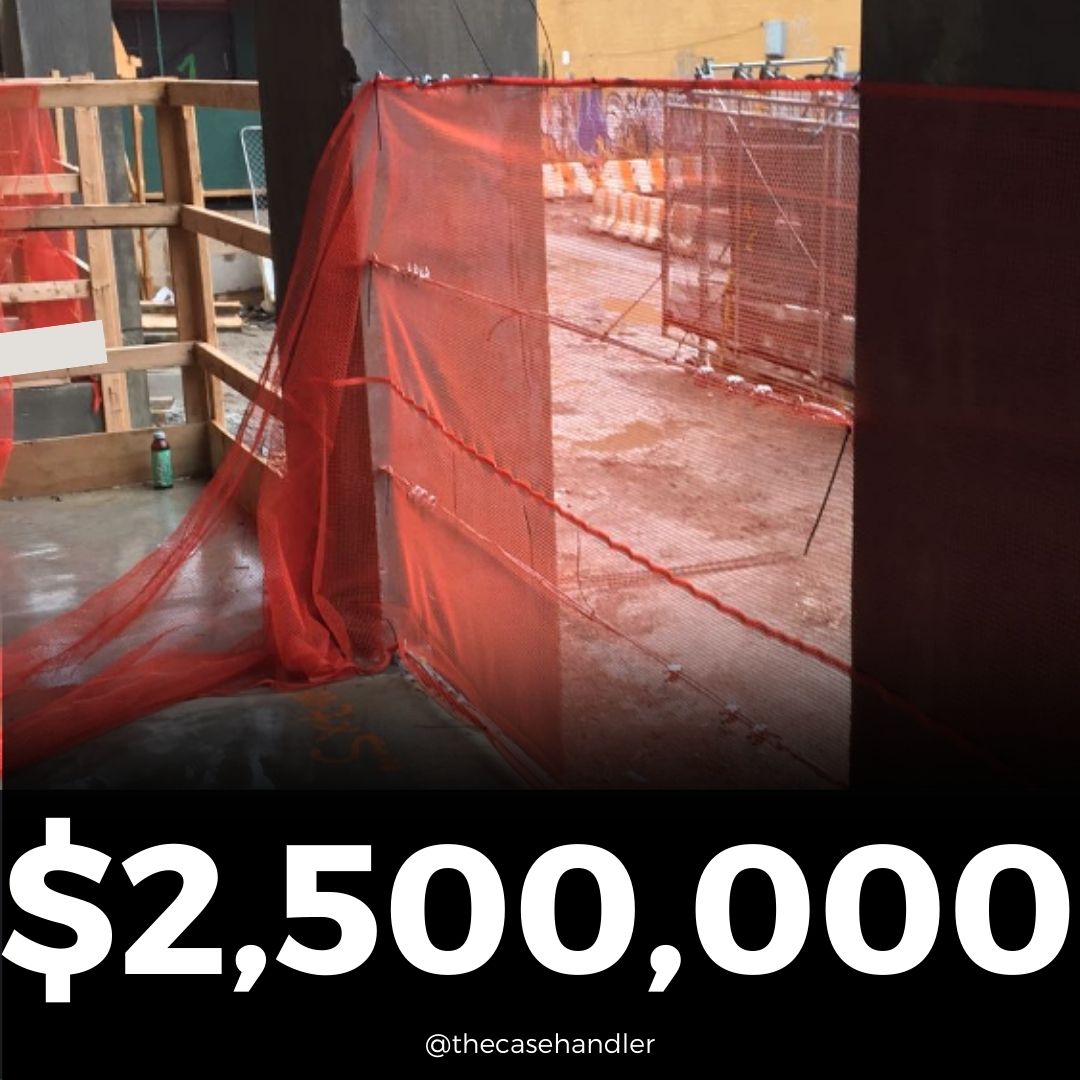 “I never even dreamed that it would work out this way. I’m so happy I made the right choice. I want to make everybody know Adam Handler, The Case Handler. The man that will handle it. Don’t ever think of going anywhere else!”

On December 12th, 2016, John was working as an electrical worker at a construction site in Brooklyn, New York. While walking along the edge of a work site, the protective barrier safety fence he was holding on to fell apart. John lost his balance and fall 10-12 feet to the ground! He lost consciousness and the next thing he realized was waking up on the floor. John was soon taken by ambulance to Bellevue Hospital where he was evaluated, treated, and released.

As a result of the accident, John suffered injuries his neck, back, and shoulders. He continuously felt left shoulder pain with numbness and tingling in his fingers. An MRI of his left shoulder revealed a rotator cuff tear injury. His neck pain made it difficult for him to perform overhead activities or hold objects with his left upper extremity. John’s pain made it very difficult to find comfortable positions to sleep. When conservative treatment such as physical therapy and pain management injections did not work, John underwent neck surgery on September 19, 2017 and left shoulder surgery on June 7, 2018. Since the accident, John has been totally disabled and unable to work.

Initially, John hired a different law firm to handle his case. Less than a month later he realized that those lawyers were not working out. So John made the smart decision to take advantage of his one and only shot at financial justice and called The Case Handler team at Pollack, Pollack, Isaac & DeCicco, LLP. When the case reached a settlement, Adam called John to tell him the good news and asked John to guess how much he thought he recovered? In his excitement, John guessed $500k. With the help of our Brooklyn construction accident lawyer, our legal won a $2.5 million dollar settlement for John!

Construction work is a dangerous job, especially when safety measures are not done properly. We hope you and your loved ones never need a Brooklyn construction accident lawyer, but we highly recommend being prepared just in case.

“If you are out there and do not have Adam Handler’s number, you are not doing yourself no justice. There is NO justice if you don’t have Adam’s number! Dial it and save it just in case because you will never know when you’re gonna need him.” – John