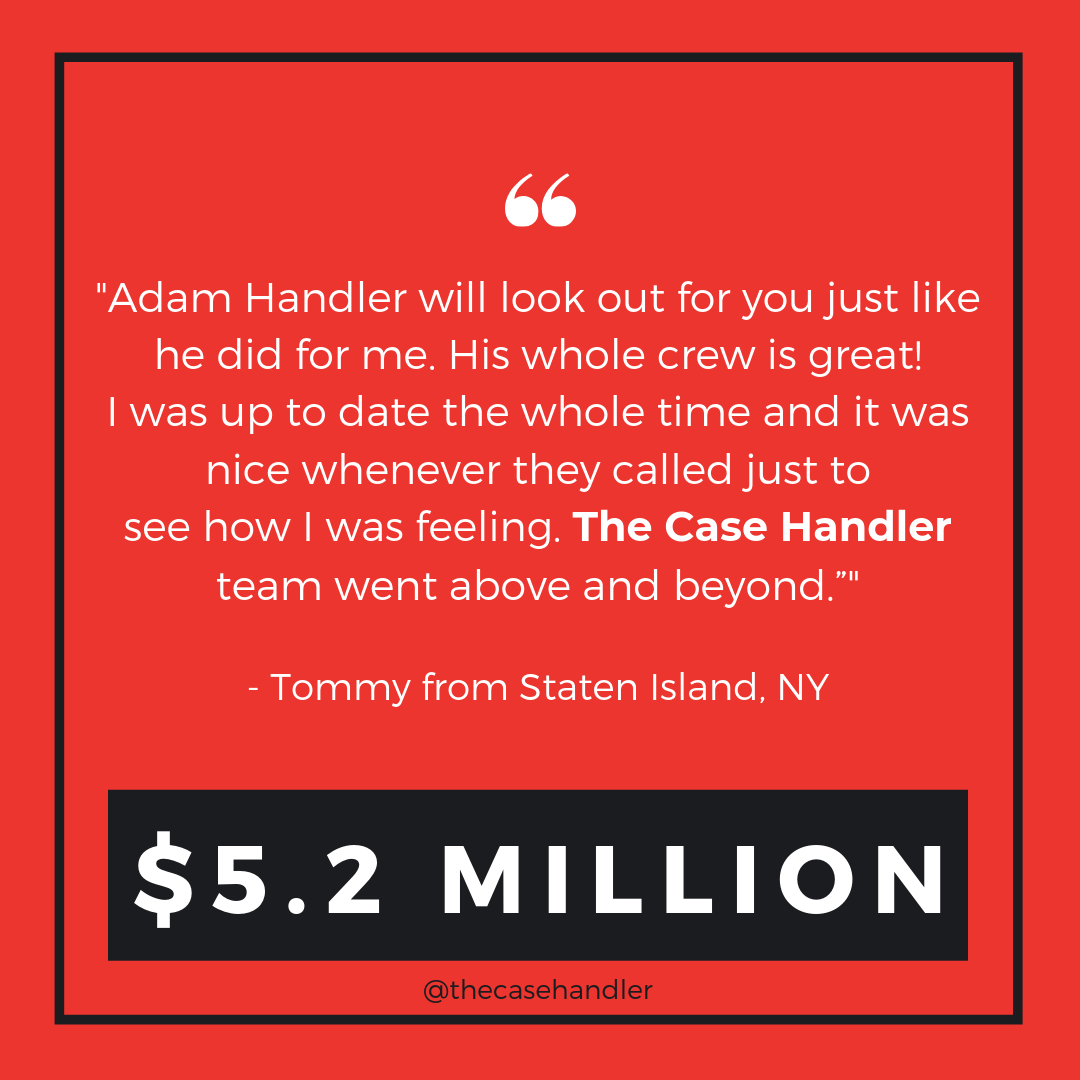 “Adam Handler will look out for you just like he did for me. His whole crew is great! I was up to date the whole time and it was nice whenever they called just to see how I was feeling. The Case Handler team went above and beyond.”

On June 27, 2013, Tommy was working on a platform of a scissor lift inside the store “Justice for Girls” in the Staten Island Mall. He was employed as a carpenter foreman at the time. While he was on the platform, a wall collapsed on top of him.  Tommy fell off the lift which was approximately 20 feet in the air, landed on his head, and went unconscious. He was taken to Staten Island University Hospital following the work-related accident. He remained in the hospital until he was discharged nearly a month later. Tommy was then confined to his bed for months following his return home.

As a result of the accident, Tommy suffered many permanent injuries including:

These injuries caused other serious complications such as:

When conservative treatment failed to relieve Tommy’s pain, he underwent an epidural injection to the lumbar spine and an anterior cervical discectomy and fusion (ACDF – a surgery to remove a disc and fuse the vertebrae in the neck). Tommy will be limited in the scope of activities he will be able to perform for the rest of his life. He will be restricted and prevented from leading a normal life and will require ongoing medical care and attention.

Initially, Tommy hired a different lawyer that did not communicate properly with him.  Even when Tommy called for an update, the lawyer would not call back. Tommy needed more in a lawyer, so he decided it was time for a change. That’s when he found Adam Handler at Pollack, Pollack, Isaac & DeCicco!  The Case Handler team worked tirelessly for Tommy and obtained a remarkable $5.2 million dollar settlement!

The extent of Tommy’s injuries was so life-changing, it makes you think if any amount of compensation would be enough if that had happened to you.  Life-changing injuries can really come at an instant. While we hope this never happens to any of you, our team is here for you if it ever does. The Case Handler team at PPID is devoted to obtaining justice for injured victims. We genuinely care and want to help our clients, which is why we are so determined in doing right by them. You only have one chance to get the compensation you deserve in a personal injury claim. Make the right choice and contact a NYC construction accident attorney that will go “above and beyond” for you.