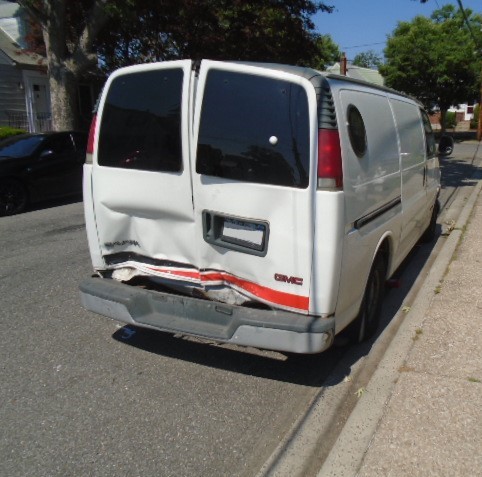 “The team did extremely well. The Case Handler is #1 in my book! They are the best to deal with and it’s like you have a family with them.”

On June 18, 2016, Mr. and Mrs. Robbie were driving on the Belt Parkway near 130th Street in Queens, New York. They noticed traffic ahead and began to slow down to a stop. At that moment, there was a driver (1) that was unable to stop in time and rear-ended another vehicle (2), causing that vehicle to rear-end Mr. & Mrs. Robbie’s vehicle (3) and push their vehicle into the rear of the car (4) in front of them. Mr. and Mrs. Robbie went to the emergency room at Franklin Hospital where they were treated and released.

Soon after the car accident, Mr. and Mrs. Robbie called Adam Handler for legal representation. The Case Handler team went straight to work handling their case. Accidents involving two vehicles can already be complicated, so dealing with accidents that involve more vehicles, people involved, and insurances companies is quite the undertaking for anyone to try to handle.  With the help of our diligent 4 car collision lawyer at PPID, Mr. and Mrs. Robbie recovered $130,000.00 settlement!

There is little to nothing you can do if the driver behind you fails to stop and crashes into your car.  Since Mr. and Mrs. Robbie’s vehicle was the third car to get struck, insurance companies may say that they did NOT get the full impact of the accident and offer lowball compensation.  They will do everything in their power to diminish your personal injury claim, but you can avoid getting bullied or tricked by the insurance company by contacting an experienced Queens 4 car collision lawyer that can fight on your behalf for an optimal result.