Stadium Accidents: Take Care When You’re at a Sporting Event 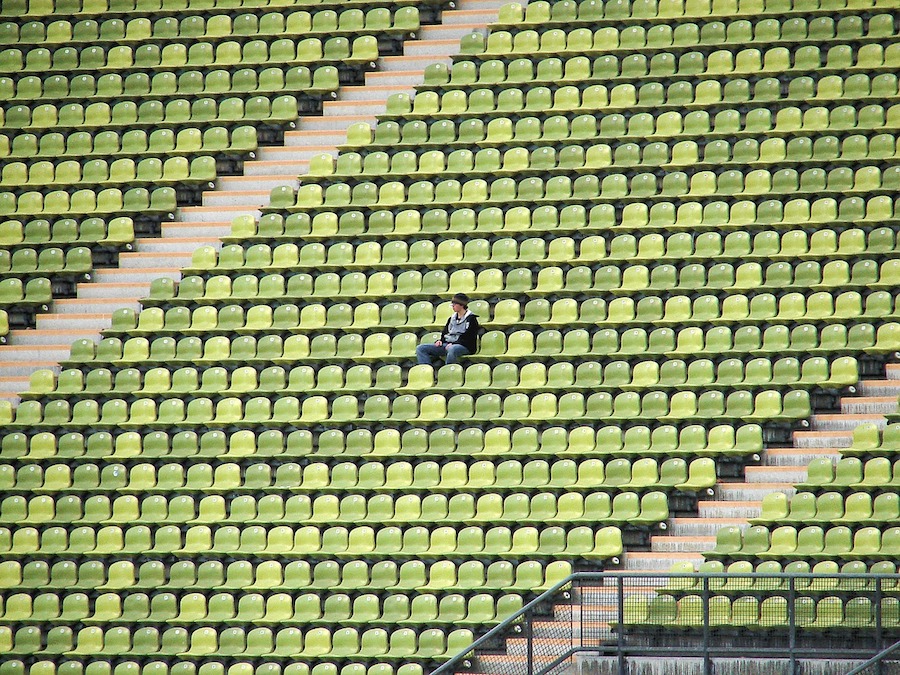 Stadium Accidents: Take Care When You’re at a Sporting Event

There are a lot of dangers you need to watch out for while you cheer on your team. Every day, thousands of fans attend sporting events in New York. There’s very little that compares to the atmosphere at a sports stadium. However, although stadiums and sports arenas are designed to house thousands of people, they do experience safety issues on occasion.

Just last September, in a heart-stopping moment, a little girl was hit in the face by Todd Frazier’s 105 mph foul ball at Yankee Stadium. She suffered multiple facial fractures and a brain bleed. Thankfully, the young baseball fan is now doing okay, and the incident inspired Major League Baseball to ensure that all 30 of its teams will have extended netting protecting fans on the field level.

That is great news for baseball fans. Unfortunately, foul balls are only the start of what can go wrong at a sporting event.

What Are Some Common Stadium Dangers?

Every stadium is different, and every stadium has its own potential design flaws and safety problems. These are the common safety issues you should watch out for at sporting stadiums:

Even something as small as a slip-and-fall can be a safety issue—and a liability issue if the stadium contributed to it happening. In 2015, a Harvard Law School Professor and high-profile lawyer who worked with O.J. Simpson and Mike Tyson, Alan Dershowitz, sued Boston’s TD Garden three years after falling in the men’s bathroom and injuring his back and leg. He claimed that the lack of paper towels in the bathroom was “hazardous” and “negligent.” Dershowitz is one of the many people who experience some sort of safety risk while attending a sports game. Sporting stadiums pose a number of other smaller risks, such as defective elevators, exposed nails, and broken stairs.

Aggressive fans who mix alcohol with high emotions are another danger. Altercations can happen simply because of what baseball hat you’re wearing. Stadiums should have security guards on the premises to quickly step in and break any fights up.

Are Stadium Owners Responsible for Your Injuries?

When people get hurt at a stadium, they might wonder if the stadium owners are responsible for their injuries. The answer to that is somewhat complicated.

Stadium owners do take responsibility in ensuring that their guests are safe, and in order to do that they follow safety code protocols. At the same time, fans agree to assume some risk when they purchase their tickets and enter the stadium of their own accord. So if you are hit by a hockey puck, or a splinter from a broken baseball bat, the owners would not be responsible, because you knowingly assume that risk when you decide to come to the game.

2) Game-related injuries: A game-related injury is tricky because most of the time the stadium does not have to take responsibility for your injuries. But, it all depends on how the injury happened. In certain circumstances, if you can prove that the owners did not meet safety standards and that you were injured because of it, you could receive compensation through a lawsuit.

It’s important to have a knowledgeable NY premises liability lawyer help you out with your claim.

Sporting events bring people together all across the world. They are enjoyed by people of all walks of life, gender, race, and income level. However, a sporting event can turn deadly due to unsafe conditions. That’s absolutely unacceptable, and the stadium needs to be held responsible for any injury that could have been prevented with reasonable foresight.

If you have been injured due to the negligence of a stadium owner, you have legal rights. If your injury could have been prevented with better safety precautions, you might have a good case. Don’t suffer in silence; contact the experienced NY premises liability attorneys to discuss your potential claim and who might be responsible for compensating your injuries. If you or someone you love has been injured while visiting a stadium, contact The Case Handler for a free consultation.

By The Case Handler | Published October 21, 2018 | Posted in Personal Injury