Search Site
Menu
Call THE CASE HANDLER--for a Consultation 929-223-4195
Home / Blog / Who Is Liable in a Taxicab Hit-and-Run Accident?

Who Is Liable in a Taxicab Hit-and-Run Accident? 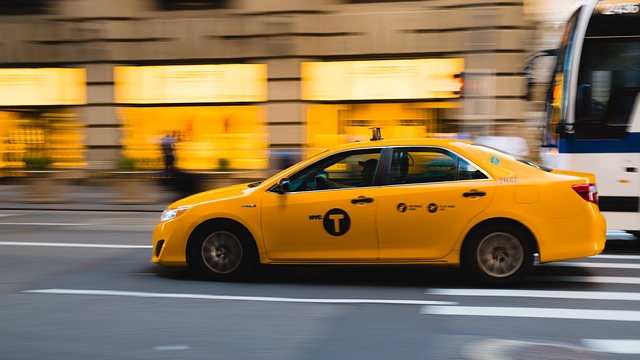 When someone slides into the backseat of a taxicab or rideshare vehicle, the driver for hire has an obligation to keep not only his or her passengers, but everyone else on the road, safe from foreseeable harm. While taxicab drivers are required to have an active license by the New York City Taxi and Limousine Commission, that doesn’t mean they no longer make the same mistakes that other drivers make.

A taxicab driver causing an accident is one thing, but when that driver fails to stay at the scene and take responsibility, it turns into a hit-and-run accident. And this makes filing a car accident claim all the more complicated.

A Taxicab Hit-and-Run Accident in the News

Unfortunately, taxis are making the news for hitting and running more often than they should be. Taxi drivers represent the companies they work for, and when one driver harms a pedestrian or another driver and doesn’t take responsibility, it can severely impact the public’s perception of that company.

On April 24th, 2019, in Queens, a grandmother was walking her 2-year-old grandson to daycare, where the boy’s mother worked. When they were crossing the street, the boy was struck by an oncoming taxicab whose driver had received his TLC license only a month before. Mason Castillo was rushed to the hospital with a fractured skull and a broken leg. Thankfully, he lived through the ordeal, but will require costly long-term physical rehabilitation to help him walk again.

Liability in a Taxicab Hit-and-Run Accident

Taxi companies must ensure their vehicles are properly maintained and pass all necessary road safety inspections. If a taxi driver does not flee the scene of a crash, the question of liability is much easier to investigate. If the accident was caused by inadequate parts, or something else breaking because the taxi company neglected maintenance on the vehicle, they could be held liable for the accident. If the driver acted negligently, either by failing to notice a pedestrian crossing the street or failing to take other precautions, the driver would be liable.

But if the taxicab hits someone and drives away, it can be difficult to get all the information to determine liability. If you didn’t see the cab, or are incapacitated by the accident, you may have to rely on witness statements, video surveillance, or other sources to determine who’s at fault. Because the driver made an intentional decision to flee the scene, he’s probably to blame for the crash.

If you can find out which company the driver worked for, you would file a claim against that company’s insurance provider. You will likely have to go back and forth in a difficult process to get the compensation you need. Going through an insurance company may be an enticing option for many people, as it may seem easier than taking a driver to court. However, insurance companies tend to value their ability to keep money more than they do giving you the money you deserve.

After a hit-and-run accident with a taxicab, your best bet is to work with an experienced New York rideshare accident lawyer who can guide you toward the solution that’s best for you.

At Pollack, Pollack, Isaac & DeCicco, LLP, we understand being the victim of a hit-and-run can be frightening and life-changing. Don’t hesitate to get started. Give us a call at 929-223-4195 to learn more about your options.

By The Case Handler | Published November 25, 2019 | Posted in Automobile Accidents