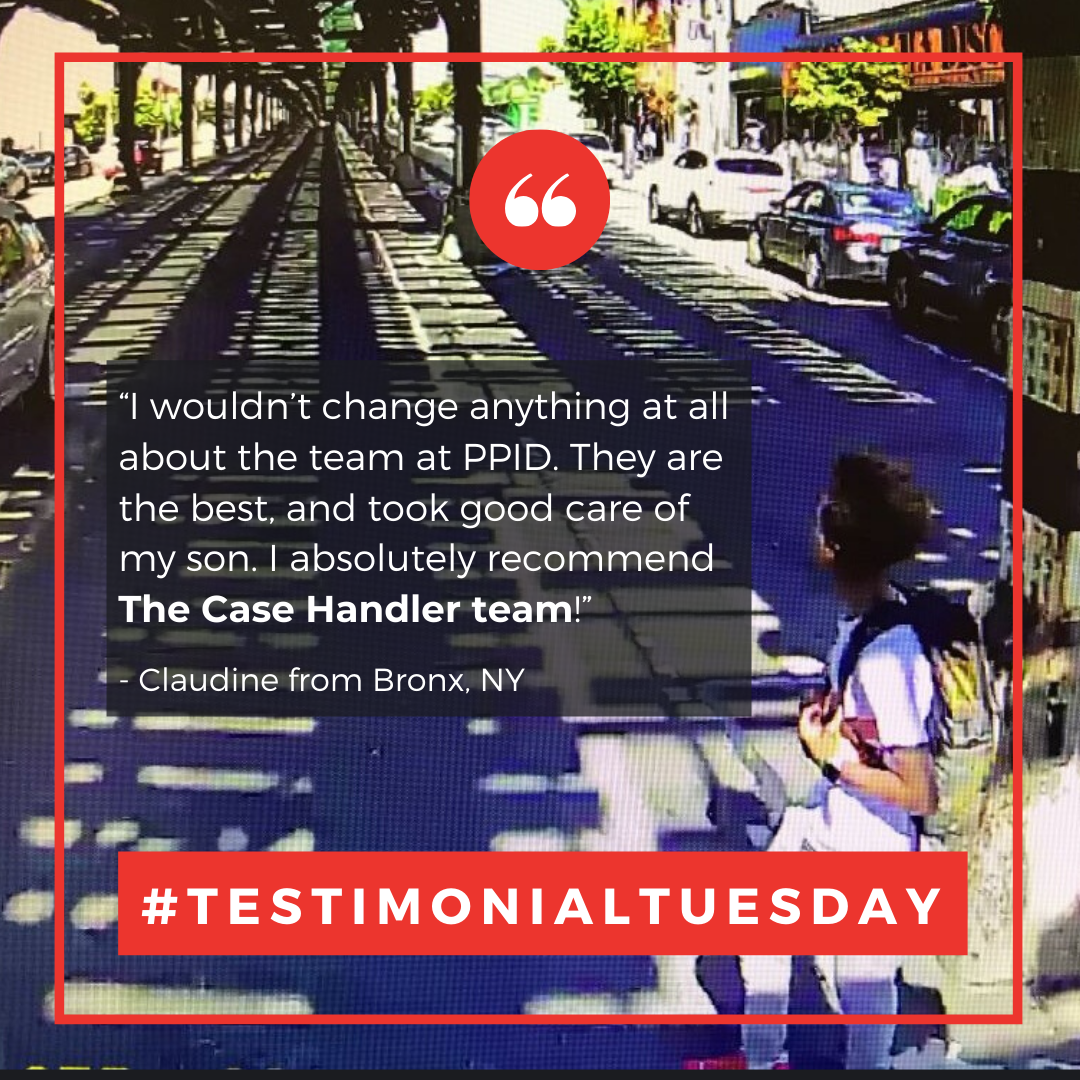 “I wouldn’t change anything at all about the team at PPID. They are the best and took good care of my son. I absolutely recommend The Case Handler team!”

On September 28, 2017, Claudine’s 14-year-old son was walking home from school in Bronx, NY.  As he was walking in the crosswalk at the intersection of White Plains Road and East 226th Street, an MTA bus did not see Claudine’s son in the crosswalk and struck the left side of his body! He fell to the ground and hit his right elbow.  Almost immediately, he felt pain in his right knee, right shoulder, right elbow, right hip and left shoulder. He was taken by ambulance to Jacobi Medical Center where he was treated and released with pain medication, crutches, and a knee mobilizer.

As a result of the accident, Claudine’s son suffered permanent injuries including a fractured right knee; lacerations/abrasions to the right arm/shoulder which resulted in cosmetic scarring; and injury to the left shoulder.  The pain was more severe in his right knee.  He was diagnosed with right knee internal derangement, avulsion fracture, and bone contusion.  The amount of pain in his knee made it difficult for him to bend his knee and walk. Going to the gym, playing with friends, riding a bicycle and walking the dog were activities that Claudine’s son could no longer enjoy due to the accident. He was required to go to physical therapy and missed several days of school.

Claudine was a past client of The Case Handler team at PPID, so she knew who to contact when her son got injured. The bus driver claimed that he had the green light when a pedestrian suddenly appeared in the crosswalk, whereas Claudine’s son said he was walking in the marked crosswalk when the bus appeared out of nowhere and hit him.  Even with liability issues, The Case Handler team will do whatever it takes to find the truth! With the help of our dedicated Bronx bus accident lawyers at Pollack, Pollack, Isaac & DeCicco, LLP, all of Claudine’s son’s medical bills were paid and he recovered thousands of dollars more than the Defendant’s initial offer!

With so many pedestrians walking the streets of New York City every day, it is everyone’s responsibility to pay attention to the road. Drivers of buses, cars, bicyclists, and even pedestrians too!  There is no settlement amount that is worth getting struck by a bus for.  Claudine’s young son will forever have to deal with pain, and he will never be the same again.  We hope this never happens to your child or loved one, but if in the unfortunate event that it does, our team will be there for you to get through it.