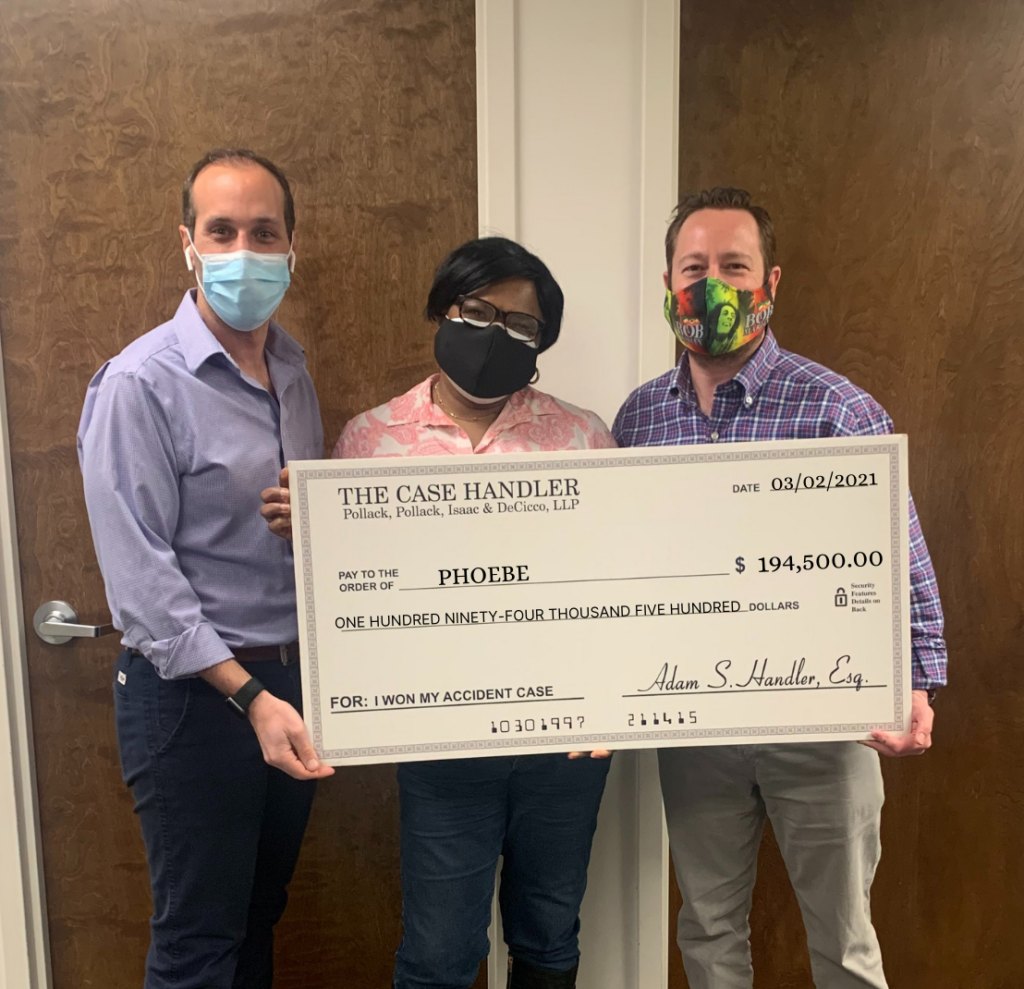 “ The Case Handler team is fantastic. Adam and Matthew have your best interest at heart. If you want lawyers that care, that will always keep you posted on your case and do the best job, you should contact Pollack, Pollack, Isaac & DeCicco.”

-Phoebe, From The Bronx County, NY.

On November 24th, 2017, the day after Thanksgiving,  Phoebe was in her car stopped at a traffic light on Webster Avenue, The Bronx, New York. As she was waiting to make a right turn on East Fordham Road, an MTA bus merging from the bus lane into the center lane crashed into the front driver side corner of Phoebe’s car. When the police began interviewing the drivers, the bus driver denied hitting Phoebe’s vehicle. Unlucky for the driver, because he was caught in a lie since a police officer coincidentally witnessed the accident!

Phoebe left the accident scene with terrible right shoulder and wrist pain. She also suffered from a lumbar disc disorder with severe radiculopathy. She reported pain that shot up her neck through her upper extremity and numbness/tingling that radiated through her back. In addition, Phoebe sustained a tear in her right shoulder requiring surgery. As a result, Phoebe was not able to return to work for several months. 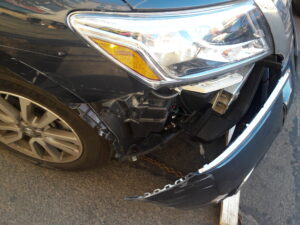 Today, Phoebe is still experiencing some pain but she is doing much better. The Case Handler’s team helped her obtain the justice and compensation she very much deserved. Thanks to the diligent and dedicated legal work from our New York bus accident attorneys Adam Handler and Matthew Goodstein, Phoebe was able to focus on her treatment allowing her much needed time to heal. She was overwhelmed by the genuineness of The Case Handler’s team. In the end, all of Phoebe’s medical bills and lost time from work were taken care of and she successfully recovered $194,500.00 to settle her bodily injury claim!

Phoebe heard about The Case Handler’s team at Pollack Pollack Isaac & DeCicco from the Uber driver that gave her a ride home from the hospital on the day of the accident. He always listens to “Cruising with the Case Handler” live personal injury and immigration show on Linkup Radio 93.5 FM everyday at 9:30AM. The driver knew what happened to Phoebe and recommended her to call Adam Handler. Therefore Phoebe didn’t think twice, she called our team and we went straight to work so that she could focus on her recovery and stop worrying about the rest.

It doesn’t matter if you are in a car, on a train, or on a bus, accidents can happen anywhere. The consequences of a bus accident can leave a lasting impact on any victim’s life. In Phoebe’s case, the collision was definitely a severe one, and is all the more reason that it’s important to have an experienced bus accident lawyer’s number saved in your phone. Been in an accident and think you have a case? Contact The Case Handler team today!

No Fee GuaranteeTM
**Attorney Advertising. Prior results do not guarantee a similar outcome.