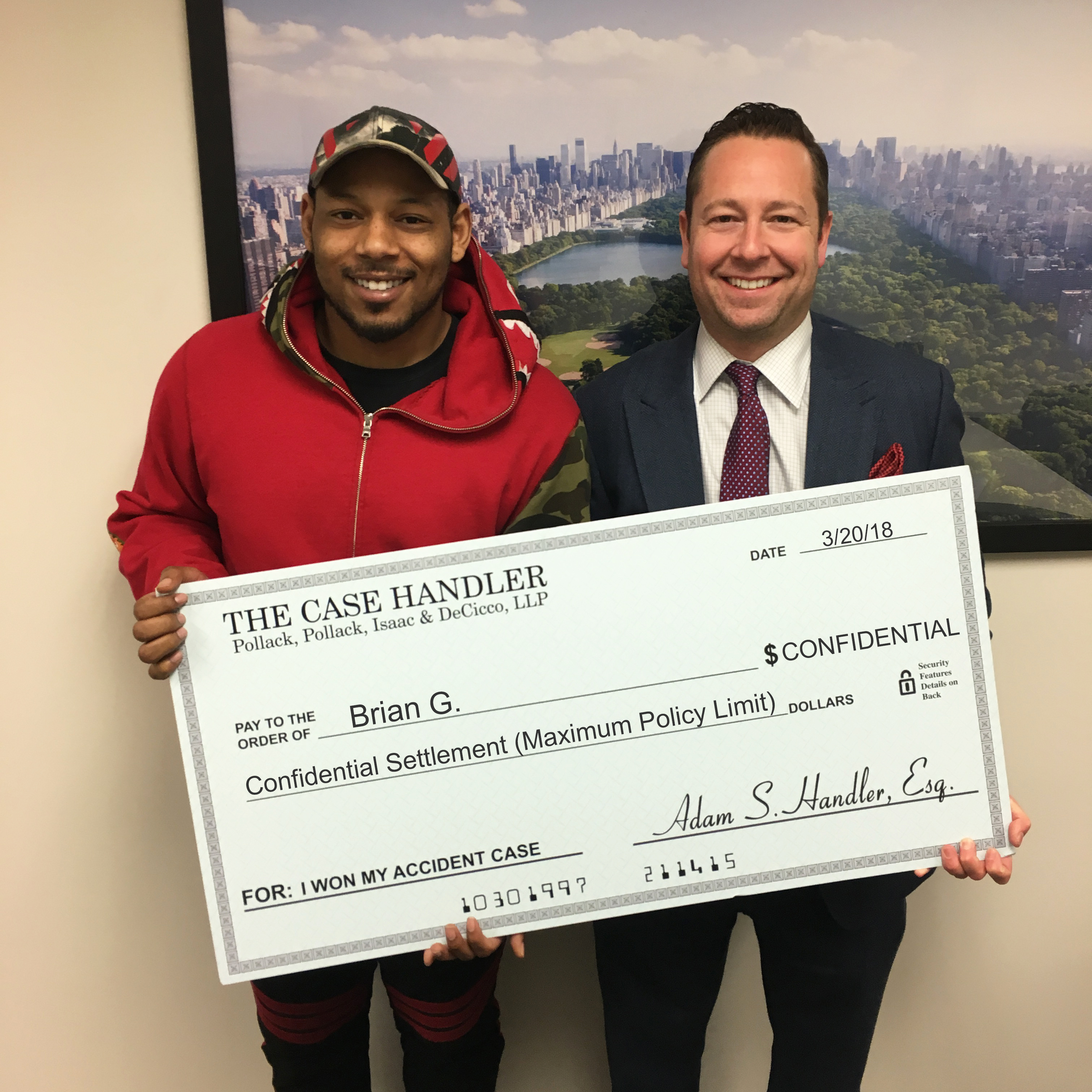 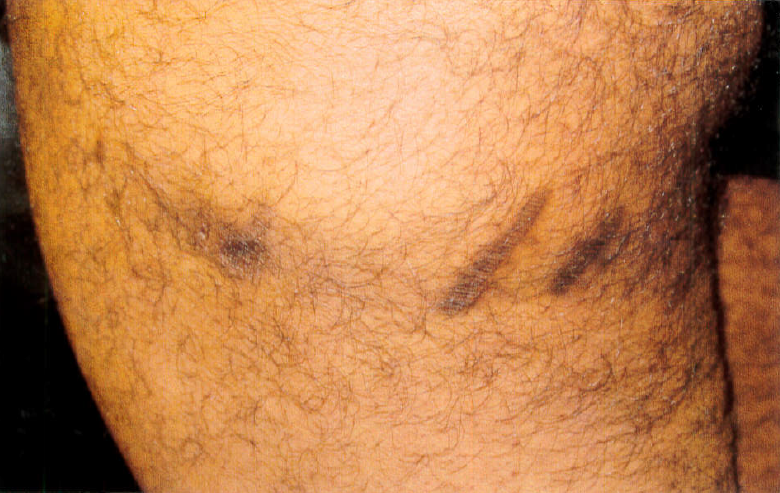 “The Case Handler team did the best for me. There’s nothing they could have done better. I was in a rough state after the accident and Adam seriously helped me out. They are an excellent team and I could not have done it without them.”

On May 1, 2017, Brian was walking in the crosswalk on East 233rd Street and Byron Avenue in Bronx, New York when a speeding vehicle ran a red light and struck Brian.  At that moment, Brian remembers getting hit causing the driver’s windshield to shatter. EMS arrived and transported Brian to the Jacobi Hospital Medical Center in Bronx, New York.

As a result of the accident, Brian sustained a contusion to his left rib cage and suffered a deep laceration (or “hole” as Brian described it) to his left thigh. The hole was sutured and stapled closed.  The staples were removed two weeks later and Brian was left with permanent scarring, thigh pain, and a constant feeling of numbness around the scars. To make matters worse, the driver of the vehicle falsely claimed that he had a green light and Brian “crossed without warning” in the police report. The driver lied to the police! Brian knew he needed legal help immediately.

Brian went to his family for recommendations and they said to call The Case Handler team!  Since Adam Handler had successfully helped his own family members with their legal issues, he knew he could rely on his #FamilyAttorney.  With the help of our experienced Bronx crosswalk accident lawyers at Pollack, Pollack Isaac & DeCicco, LLP, we were able to prove that the driver was at-fault for the accident and recovered the maximum policy limit settlement for Brian!

When an accident occurs between a car and pedestrian, it is always the pedestrian that ends up suffering serious injuries the most. We all have a duty as drivers and pedestrians to pay attention and follow the rules of the road so that accidents like Brian’s never happen. Maybe it was fear or guilt that the driver lied about the accident in Brian’s case…but that is why The Case Handler team is here to protect you and uncover the truth! If you or a loved one was struck by a vehicle, get clear guidance from a respected Bronx crosswalk accident lawyer.  Before talking to the insurance company, get free legal guidance on your case from our “excellent team.”