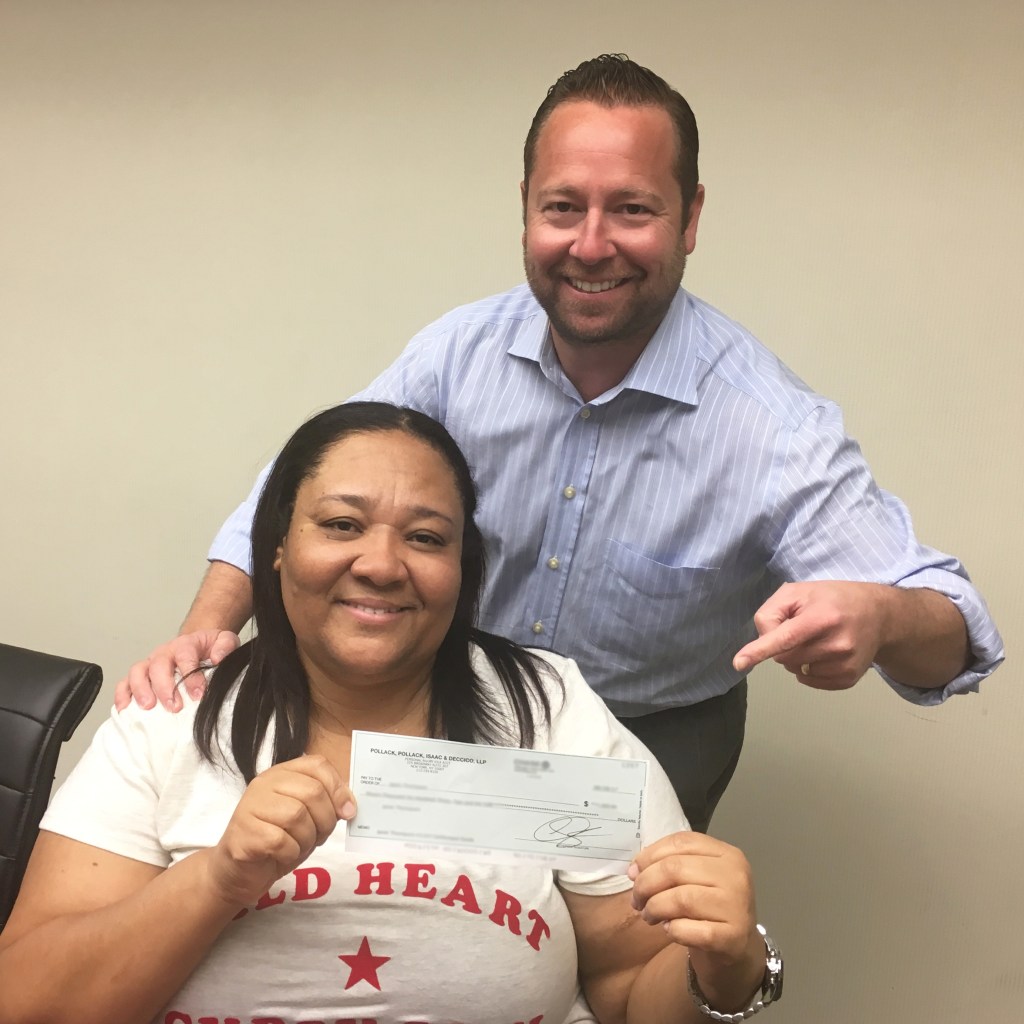 “Adam is very professional and I like that.  When I spoke to Sandra and asked to speak to Adam, I had no issues getting in touch with him. Sandra is sharp and on top of everything.  I would definitely use The Case Handler team again… [haha] but hopefully I’m not in an accident again.”

On November 1, 2015, Janet was a rear seat passenger in her friend’s vehicle heading to work on a Sunday morning.  While crossing the intersection of Ely Avenue and Burke Avenue, the vehicle Janet was riding in was struck on the side (t-boned) by another vehicle crossing that same intersection. The police arrived to the scene and, after speaking to both drivers, reported that BOTH drivers claimed that the other driver ran the stop sign.  There were also no witnesses of the accident.

Janet was taken by ambulance to Jacobi Medical Center where she was evaluated and eventually cleared and released.  Due to this accident, Janet suffered injuries to her left knee, left shoulder, and back.  She sought further medical treatment shortly after the accident and was prescribed physical therapy. Despite months of treatment, she continued having pain with her left knee and shoulder. At a follow-up doctor visit, she was diagnosed with left knee chondromalacia patella (damage to the cartilage under the kneecap); and left shoulder labral tear (torn cartilage) and impingement (pain caused by connective tissue rubbing on her shoulder blade).

Janet’s friend referred her to Adam Handler! As Janet mentioned, The Case Handler team stayed on top of everything for Janet (and for all of our clients).  Despite it not being clear who was at fault for the accident on the police report and no witnesses to testify, The Case Handler stepped up to the challenge and successfully won Janet’s case against the Defendant’s insurance company.

The aftermath left Janet seriously injured and stuck with a growing pile of medical bills. If it ever feels like your cards are stacked against you like Janet (such as having no witnesses and a questionable police report), The Case Handler team is here to set the record straight.  While other lawyers may look for a quick and easy win, Adam Handler will look at every case and investigate ways to help you if at all possible. If you were injured as a passenger and need help proving your innocence in a complex case, contact a “professional” Bronx intersection accident lawyer immediately.