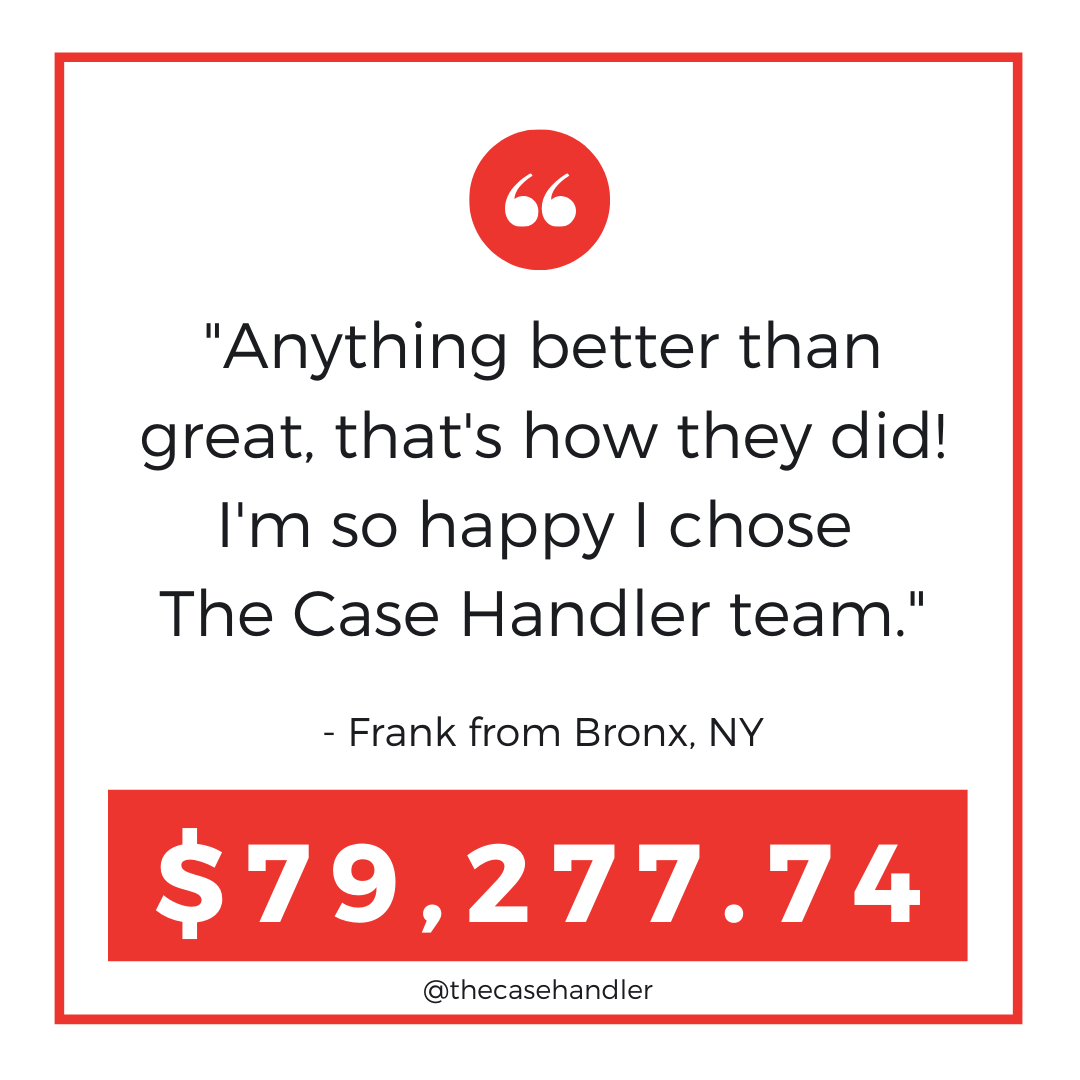 “Anything better than great, that’s how they did! I’m so happy I chose The Case Handler team.”

On March 27, 2017, Frank was driving with his 8-year-old daughter in the car. When the light turned red at the intersection of Laconia Avenue and E 225th Street, Frank stopped behind a large truck.  Soon after he stopped, the driver behind Frank claimed that she tried to stop but her vehicle slid on the wet pavement. The driver ended up crashing into the rear of Frank’s car. The force of the impact caused Frank’s vehicle to rear-end the truck in front of him. Frank immediately checked on his daughter, but thankfully she was unharmed. Frank was taken by ambulance to the emergency room at Montefiore Medical Center Moses Division.

As a result of the accident, Frank injured his head, neck, shoulders and back. He had multiple cervical and lumbar disc herniations. He suffered a left shoulder SLAP tear (when the top part of the labrum is injured) and AC joint arthropathy. Frank had difficulty with twisting and turning his back, bending forward; standing, sitting, and walking for prolonged periods of time. He felt hand numbness and cramping in his right leg. Frank was confined to his bed for eight weeks and was not able to go back to work for nearly 9 months. 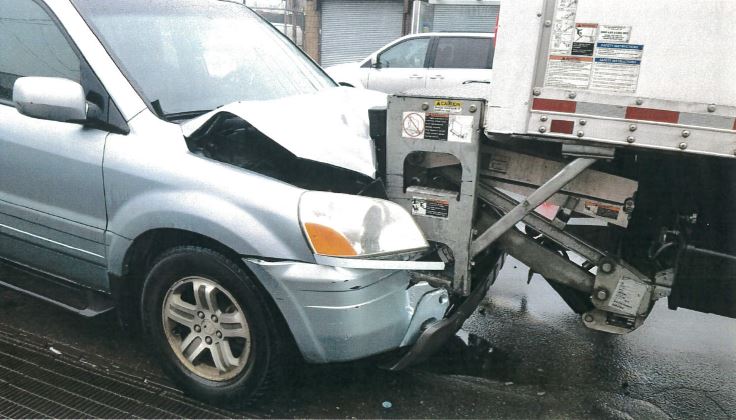 Thanks to the recommendation of another attorney, Frank contacted The Case Handler team. While Frank focused on his recovery, our team got to work handling the insurance companies. The Defendant’s insurance offered $30,000 to settle Frank’s case.  With the help of our skilled Bronx motor vehicle collision attorneys at Pollack, Pollack, Isaac & DeCicco, LLP, Frank recovered more than double their initial offer; and all of his medical bills and lost wages were recovered as well!

According to New York State’s Department of Health, there was an average of 136,913 emergency room visits each year between 2012-2014 due to unintentional car accident injuries.  As cautious of a driver you may be on the road, it’s impossible to control the actions of another driver. No one ever plans on getting into an accident, but our team is here for you if you do. Before speaking with the insurance companies and accepting their settlement offer, contact a legal team that will fight to get the most compensation for your case.