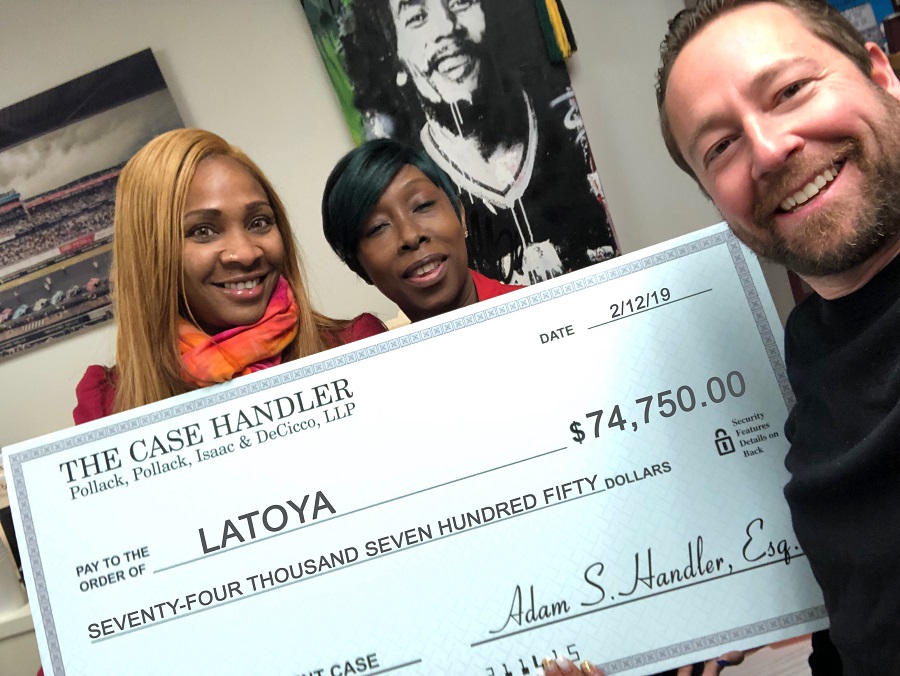 “Adam’s team did a great job on my case. He stayed on top of everything and was patient throughout the process. If I called, their team would always get back to me quickly. He will work hard for you and do what is best for your case.”

On December 30, 2015, Latoya was a front seat passenger in a car that was driving on Pitman Avenue in the Bronx when another vehicle ran through a stop sign and crashed into the front of her vehicle. She was taken by ambulance to Montefiore Medical Center following the accident and got x-rays taken of her injured right knee. After being thoroughly evaluated, she was discharged with pain medication. 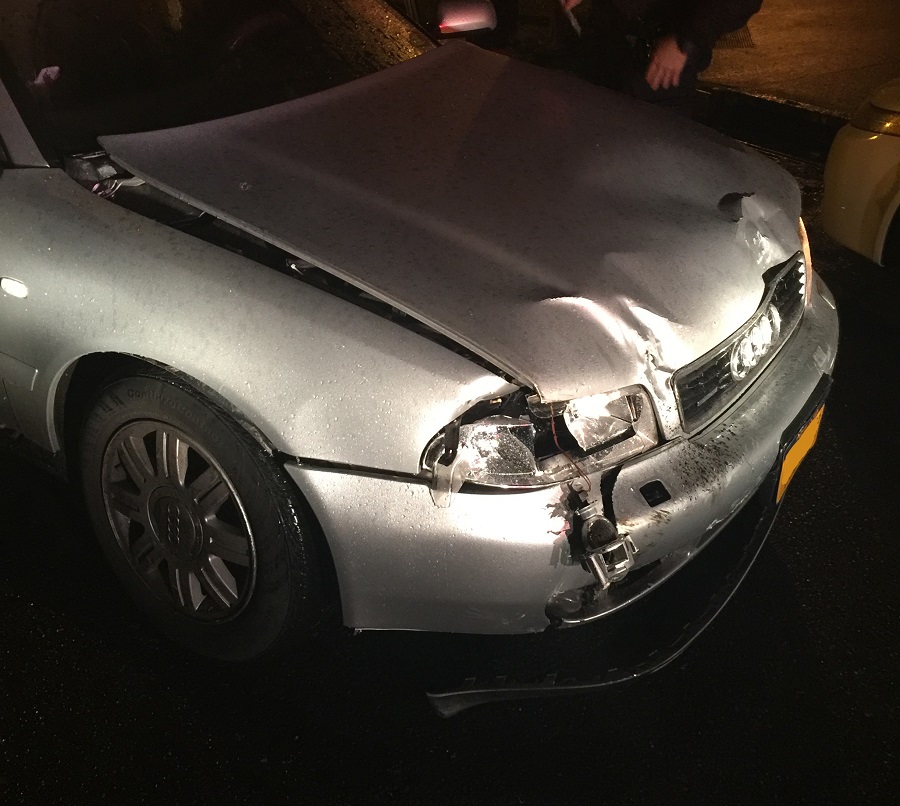 As a result of the accident, Latoya suffered neck pain that radiated to the right shoulder, lower back pain, right knee pain and post-traumatic anxiety. Due to these injuries, she had trouble with normal bending, moving, and twisting. Prolonged sitting, walking, and using the stairs would aggravate the pain in her right knee and back. She also had difficulty with sleeping.  When minimally invasive treatment failed to improve her condition, Latoya underwent laser back surgery and attended physical therapy 3-4 times a week for 9 months.

Initially, Latoya dealt with the other driver’s insurance company (Liberty Mutual) by herself. The insurance company completely denied liability and told her that the at-fault driver was NOT covered when the accident happened! The driver of the car Latoya was in suggested that she contact Adam Handler, which thankfully she did.  The Case Handler team at Pollack, Pollack, Isaac & DeCicco, LLP stepped in and realized that they had lied to Latoya.  The Case Handler team successfully prevailed against Liberty Mutual insurance company and recovered a remarkable $74,750.00 settlement award!

If you are injured or think you are injured as a driver or passenger like Latoya after an accident, get medical attention as soon as possible!  Many times people involved in car accidents try to avoid going to the hospital or seek medical treatment soon after the accident to save money. This is the worst thing you could do for your case! New York and New Jersey law provides what is known as “no fault insurance”.  That means you are entitled to medical treatment paid for by your insurance company regardless of fault. We believe it’s always in your best interest to get checked by a medical professional as soon as possible and, if necessary, continue getting the treatment you need to heal like Latoya did.  In addition, medical treatment also shows that you were injured and are doing your part in trying to recover.  The laws are on your side and getting hurt in a car accident should not be your financial responsibility.

If you or a loved one have been injured as a driver or passenger in New York or New Jersey, contact our reputable Bronx car accident lawyers at Pollack, Pollack, Isaac & DeCicco, LLP online or by calling 929-223-4195 for a FREE consultation.