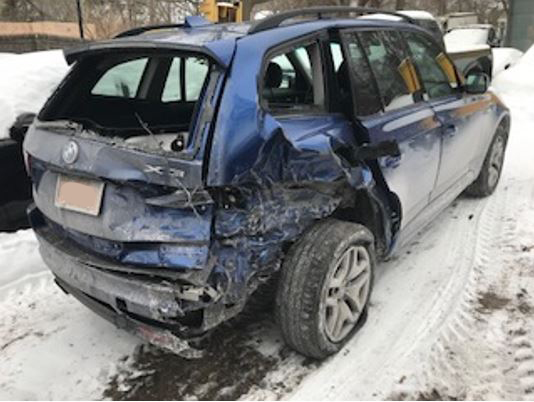 “Communication was great! My team called me often to tell me important updates about my case. The Case Handler team is professional and paid great attention to detail. If you get into an accident, try to take pictures and document everything.  Next, call Adam Handler.”

On January 5, 2018, Barrington was stopped at a red light when he was rear-ended on Middle Country Road in the town of Brookhaven in Suffolk County, New York. Barrington was in the far-right lane when the accident occurred, and the impact caused his vehicle to spin out of control and hit another car in the left lane. The crash was so severe that it blew out his car windows. Apparently, the driver that rear-ended Barrington had passed out and crashed into Barrington as a result. Barrington taken by ambulance to Stony Brook University Hospital soon after the accident.

As a result of the accident, Barrington injured his neck and tore ligaments in his right shoulder. He went to physical therapy for 8 months to help alleviate the pain. When less invasive treatment did not improve his injury, Barrington underwent arthroscopic surgery to repair his right shoulder on July 31, 2018. The surgery improved his range of motion, but he still felt weak compared to before the accident.

Barrington had heard of Adam Handler many times, so he knew who to call after his unfortunate accident happened. Barrington believed he had a case and wanted to make sure he hired the right lawyer for the job. Since he was impressed by Adam’s results, he decided to give The Case Handler team the job! Adam made sure that all of Barrington’s legal issues relating to the accident were taken care of. With the help of The Case Handler team at Pollack, Pollack, Isaac & DeCicco, LLP, Barrington was awarded the maximum policy limit of $25,000.00 to settle his bodily injury claim and an additional $35,000.00 through his UIM coverage!

Need Legal Help? Our Brookhaven Rear End Accident Attorneys Are Here for you

Accidents are often beyond a person’s control, no matter how good a driver one might be. Barrington was innocently waiting at an intersection when the unexpected occurred. For that reason, it is essential to save the number of a reputable Brookhaven rear-end accident attorney that will fight to get you the most money for your case and has the results to prove it.

For a free consultation with The Case Handler attorneys at Pollack, Pollack, Isaac & DeCicco, LLP, please call us at 929-223-4195.