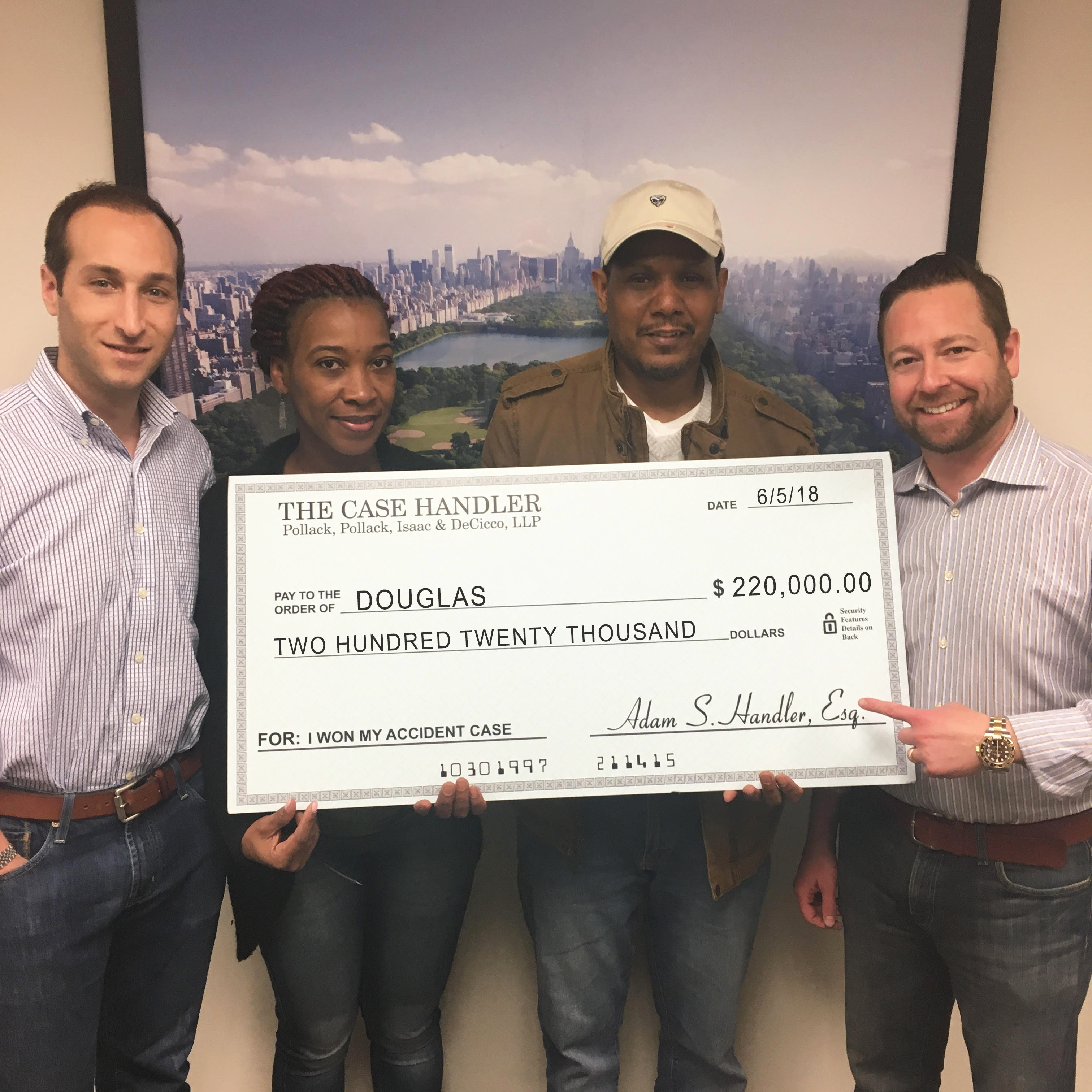 “I’m so happy and I’ve never had this much money in my life!  Adam Handler is the man! He is a good lawyer and a good man. The Case Handler team is the best. If you’re injured, go to Adam!” 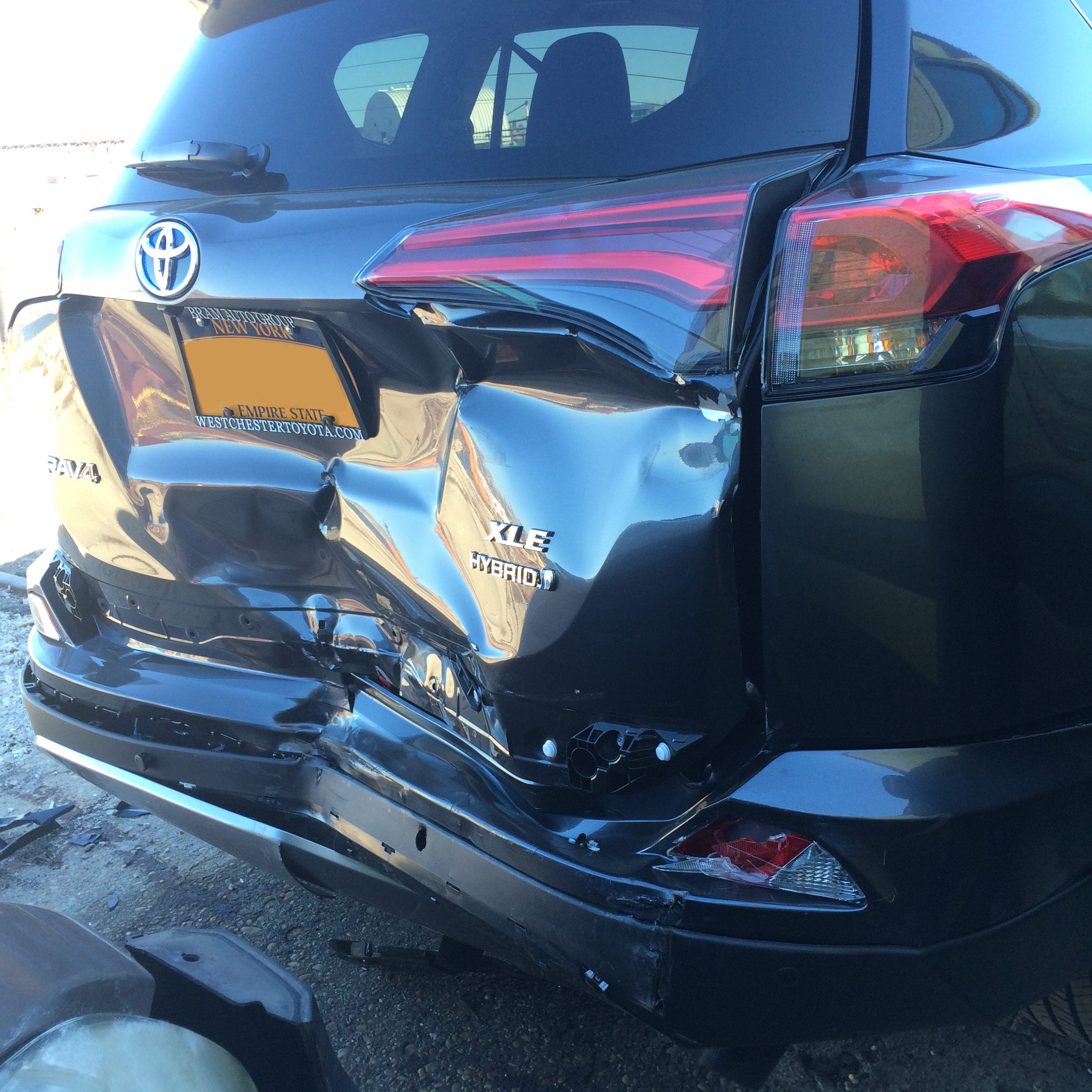 On November 5, 2016, Douglas was traveling on the Brooklyn-Queens Expressway in stop and go traffic in the far left lane due to construction on the far right lane. While he was slowing to traffic, Douglas was rear-ended by another driver (that later claimed Douglas stopped short and could no avoid the collision). Douglas hit his head during the accident and briefly loss consciousness.  Douglas was taken by ambulance to NYU Langone Hospital – Brooklyn where he had diagnostic testing performed and was given pain medication before being discharged.

Douglas was referred to The Case Handler team by a coworker (thank you coworker)!  Our team investigated and found out that the other driver had a maximum bodily injury policy of $25,000 (State Farm). While this is a lot of money, we knew Douglas needed and deserved more compensation for his injuries.  Fortunately, Douglas had underinsured motorist coverage on his own insurance policy – Geico! Do you think Douglas’ own insurance company (Gieco) willingly gave him the money? Nope. With the help of The Case Handler team, GEICO paid $195,000.00 the DAY BEFORE TRIAL was set to begin.  This was in addition to the maximum $25,000.00 policy limit from the other driver’s insurance company!

Many times we have said it, but it’s always worth saying over and over again – with only one shot at recovering money for your injuries, it’s important to make sure that you have a reputable lawyer on your side that has your best interest at heart and knows how to handle uncooperative insurance companies like a pro.  If you’ve been injured in a car accident, let a skilled Brooklyn-Queens Expressway accident lawyer review your case.  Don’t settle for less, settle for “the best.”