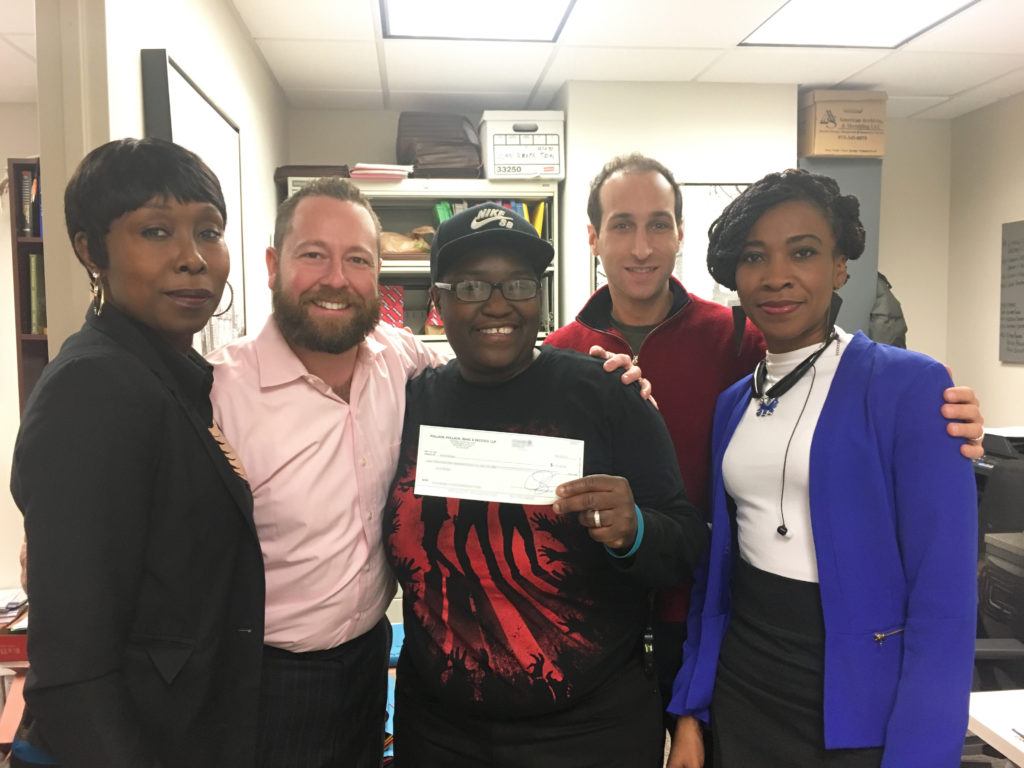 “He is a good gentleman and very helpful. There were times I got fed up during my case, but Adam helped me stick it out. That’s my Godfather for life! I recommend him 100% to anybody. Call him.”

On November 29, 2012, Jodi hailed a taxi at the intersection of Livonia Avenue & Miller Avenue in Brooklyn, New York.  Just seconds after the car pulled away, another vehicle ran a stop sign, striking the taxi on the right rear passenger side just inches from where she was sitting.  As a result of the impact, Jodi hit her head on the partition in the cab and lost consciousness for several minutes.  Upon regaining consciousness, Jodi felt terrible pain in her neck and back.

The taxi driver called 911 and Jodi was placed on a stretcher with a neck brace and taken by ambulance to Brookdale University Hospital and Medical Center.  In the days/weeks/months following the accident, Jodi experienced increasing difficulty sleeping and performing normal daily activities due to constant pain to her head, neck, and back. Despite six months of therapy and pain management, Jodi didn’t have much improvement and ultimately underwent surgery to repair the damaged discs in her cervical spine.

While Jodi focused on healing, The Case Handler team went straight to work building her case and ensured that she received the appropriate medical care.  Although Jodi was a passenger with no control over the operation of the vehicle, both drivers argued that she shared liability and/or negligence since she was NOT wearing her seat belt when the accident occurred.  To the dismay of the insurance companies, Adam argued that Section 1229-c of New York’s Vehicle and Traffic Law only requires drivers and front seat passengers to wear a seatbelt. In addition, The Case Handler team had the judge rule that as a passenger, Jodi could not be held responsible for the happening of the accident.

The happy ending……Jodi received the maximum amount of insurance and collected $150,000.00 once the judge made his ruling.

Congratulations Jodi!  The road wasn’t an easy one (no puns intended), but we are so proud you didn’t give up on us!

Injured in a Brooklyn Taxi Accident?

As New Yorkers, many of us depend on subways, buses, and taxis every single day.  While you may not realize it as a passenger, you are putting your life and well-being in someone else’s hands. Even though Jodi was injured as a passenger, the insurance company used every tactic in the book to discredit her claim and made it difficult for her to receive the money she desperately needed to heal from the accident.  If you or a loved one was injured as a passenger like Jodi, contact a reputable Brooklyn taxi accident lawyer that knows how to fight against insurance company tactics. For a case evaluation, call The Case Handler team at 929-223-4195.