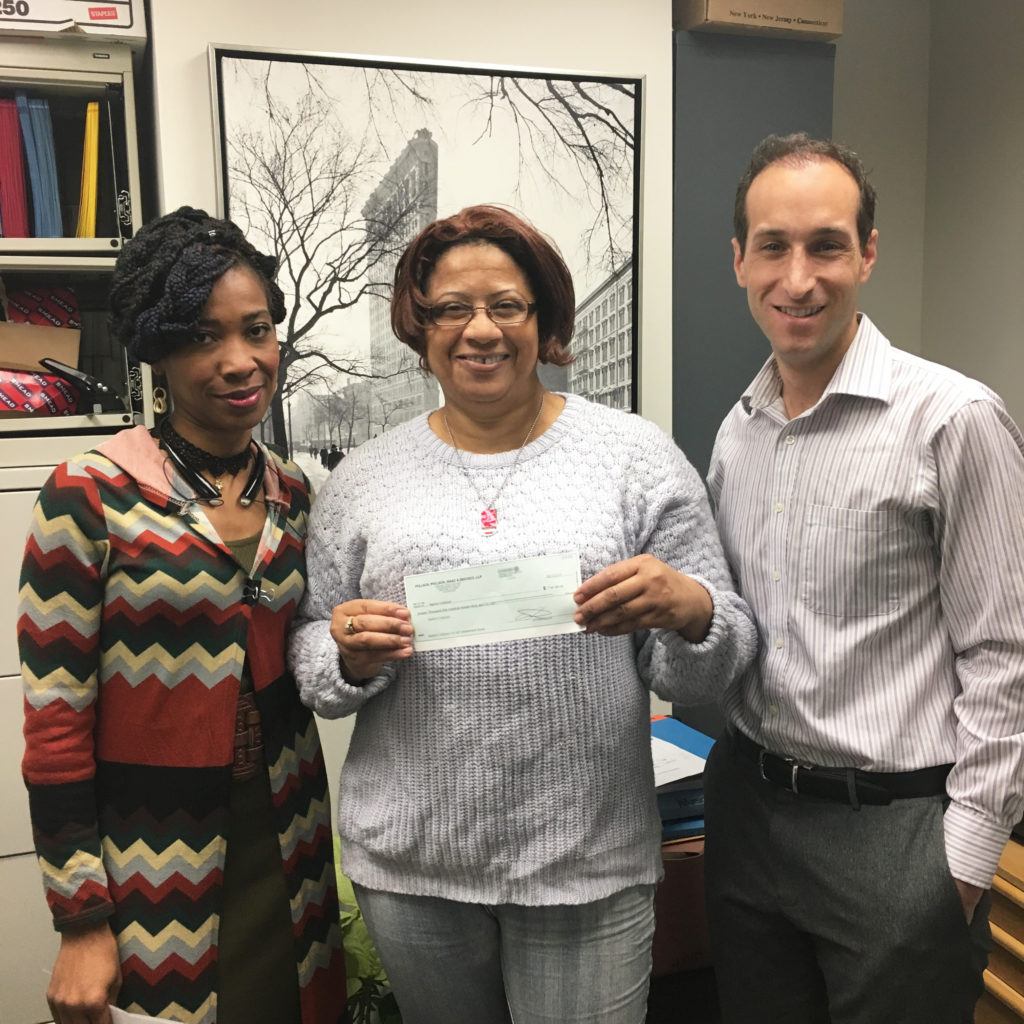 “Adam is going to take care of you.  I was impressed with his communication and how quickly he responds. If you ask me, he is the BEST in the business.”

Nadine began walking across North Conduit in Jamaica, New York when the pedestrian walk signal indicated it was safe for her to do so. While in the cross walk, a vehicle car suddenly appeared and struck her injuring her left leg, lower back, and left shoulder.  The vehicle that hit her did not stop and left the scene of the accident.  As Nadine was lying on the ground, an individual that was passing by came to her aide and she was transported by ambulance to Jamaica Hospital.

To help with her recovery after the accident, Nadine was referred to physical therapy.  Nadine believed her case was a dead end since there were no witnesses and no nearby cameras at the scene of the accident.  In spite of these obstacles, Nadine’s sister encouraged her to see Adam “The Case” Handler! Although the driver was never identified, Adam Handler was able to obtain Nadine the maximum $25,000.00 through her brother-in-law’s insurance policy under what is referred to a UM coverage.

In the State of New York, all drivers are required to maintain liability insurance.  That means, if you ever cause injury to someone else due to the operation of your vehicle your insurance company will pay for the damages you cause up to your liability limits.  Also mandatory in New York is what is called UM (uninsured motorist) coverage which covers a driver or a family member living with a driver in the instance of a hit and run or an accident with an uninsured driver.  In Nadine’s case, we established that she met the criteria for a UM claim by proving it was a hit and run accident and that she resided with her brother-in-law.

This case is just another example that if there is any way to get our injured clients the money they deserve, The Case Handler will find a way.

Congratulations Nadine!  We are happy you didn’t give up and took your sister’s advice in contacting us.

Help from a Jamaica Hit and Run Accident Lawyer

Just like Nadine, there are many hit-and-run victims that may never locate the person at fault. According to NYPD, there were about 4,000 reported incidents’ in New York City that involved leaving the scene after injuring a person in 2015.  Nobody should be left to deal with the financial burden and pain from an accident that was caused by the reckless actions of another person.  If you or a loved one were hurt in a hit-and-run accident that may seem like a dead-end case like Nadine initially felt, listen to Nadine’s sister!  Before you throw in the towel, contact The Case Handler at 929-223-4195 for a case evaluation.

Pollack, Pollack, Isaac & DeCicco, LLP is proud to represent victims of car, truck, and motorcycle accidents in New York. Call 929-223-4195 or contact us online to schedule an initial consultation with a knowledgeable attorney at our New York City office.