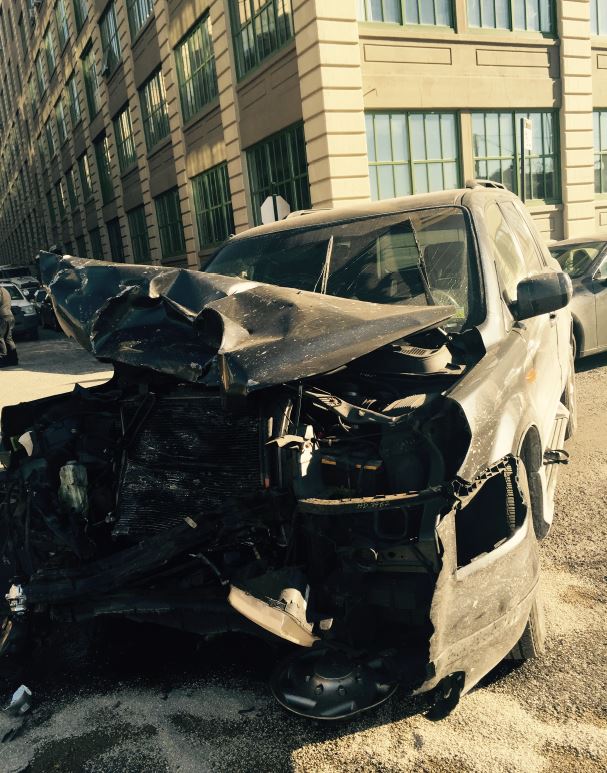 “They were very polite, and they told me what I had to do throughout my case. My son-in-law is an attorney and he was the one that recommended me to Adam Handler. Thanks to The Case Handler team, I had no problems settling my case.”

On February 27, 2015, Nikoleta was a front seat passenger in a large vehicle that was driven by her husband on 36th Street near the intersection of 2nd Avenue in Brooklyn, NY. While driving away from their family’s workplace, Nikoleta recalls waiting to make a left turn when all of a sudden, an oncoming vehicle slammed into the front of their vehicle. The collision caused their vehicle to hit a parked car. Nikoleta was taken by ambulance to NYU Langone Hospital (formerly known as NYC Lutheran Medical Center). She was evaluated and hospitalized for 3 days due to pneumonia and an open wound. The SUV car Nikoleta was in was totaled.

“I’m so thankful that we were in a large car. There’s no telling how much worse my injuries would have been if we were in a small car.” -Nikoleta

As a result of the car accident, Nikoleta sustained injuries to her right knee, left shin, and chest. She suffered a deep cut in her left shin and wounds on her chest. She had significant right knee pain that adversely affected activities of daily living. She had difficulty standing, walking, kneeling, bending and using stairs. When minimally invasive and conservative procedures failed to improve her knee pain, Nikoleta underwent knee surgery.

Since Nikoleta’s son-in-law is an attorney, she went to him initially. When she told him about the accident, he told Nikoleta to call Adam Handler right away! Thanks to his recommendation, Nikoleta choose The Case Handler team for her bodily injury claim. The other driver that hit Nikoleta’s car was driving a vehicle that was registered by the New York City Department of Finance. Therefore, we were able to make a claim against the City. With the help of our team, we successfully helped Nikoleta recover $100,000.00 from Allstate Insurance and an additional $100,000.00 from The City of New York for a grand total of $200,000.00!

One of the highest compliments an attorney can receive is when another person supports the work that you do so much, that they trust you with their own family. When that person happens to be another attorney, it’s an honor to be chosen by a peer in the legal community. No matter who you are or what your legal status is, our team is here for you if you are injured as a driver or passenger in a car accident. Speak with a trusted Kings County passenger injury attorney, Adam Handler, at Pollack, Pollack, Isaac & DeCicco, LLP to review your case.