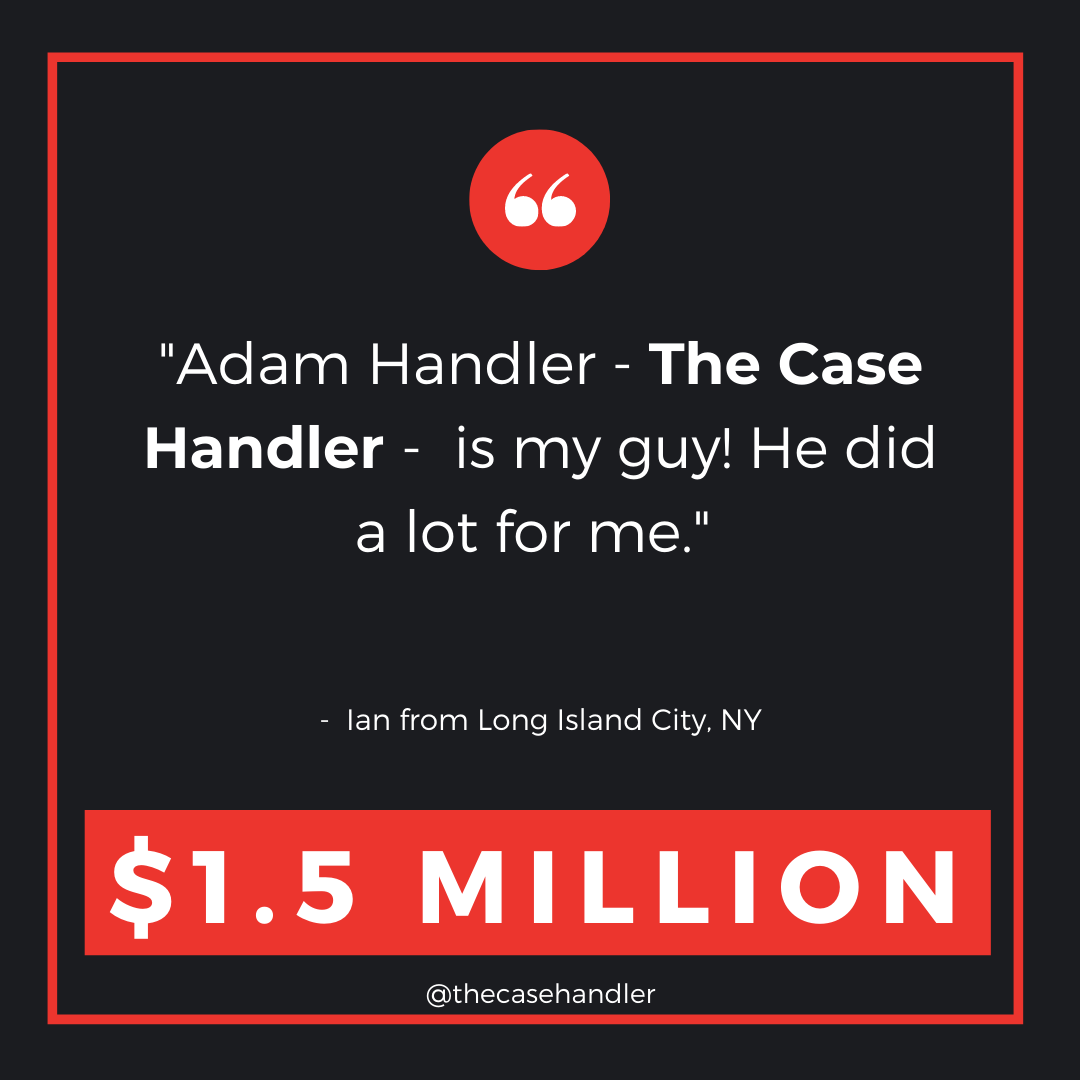 On August 14th, 2015, Ian was performing construction work at a new hotel in Long Island City, New York. Ian and his team were responsible for setting concrete and installing rebar to build one of the main elevator shafts. Safety protocols on this job site prohibited anyone to work above Ian and his team, as workers in the elevator shaft were exposed to falling overhead objects. Earlier that day, and due to being behind schedule, Ian’s foreman instructed half of the workers to start work on the floors above the area where Ian was working. Just after lunch, Ian’s co-worker’s sledgehammer broke, causing the 8-pound head to fall 10 feet, striking Ian in the neck and left shoulder. As a result, Ian was knocked off the ladder sustaining further injuries.

Ian was transported to the hospital and admitted for 2 days of observation and treatment. Thereafter, Ian underwent a course of physical therapy, pain management, and even required surgery to his cervical spine to alleviate radiating pain to his left arm.

Notably, The Case Handler team at Pollack Pollack Isaac & DeCicco had previously represented Ian’s mother and Adam was known as their “family attorney”.

It should go without saying that Ian went through a life-changing work injury but is getting better every day. While there’s no amount of money in the world that would make up for the injuries he experienced, The Case Handler was able to secure a $1.5 Million settlement to compensate him for his pain and suffering. In addition, Ian’s medical bills and lost wages were paid by his employer’s Workers Compensation insurance.

As we discuss regularly on our radio show, New York State has very special and stringent laws meant to protect workers from falling objects.  Clearly, Ian was the victim of his employer’s poor judgment in coordinating work at the job site.  While New York law precludes a worker from bringing a lawsuit against his/her employe (that’s what Workers Compensation is for),  workers such as Ian have the right to sue the general contractor of the project and the owner of the property where the work is being performed.

The last thing anyone expects is getting injured, especially at work when your employer should be looking out for your safety and well-being. Working on a construction site is dangerous in itself, and it’s crucial that employers and building owners take every step possible to prevent an accident from occurring on the premises. In the unfortunate event that an accident occurs, we are here for you. If you or a loved one have been a victim of a construction accident like Ian, make sure to contact our experienced Long Island City construction accident lawyers at Pollack, Pollack, Isaac & DeCicco, LLP.