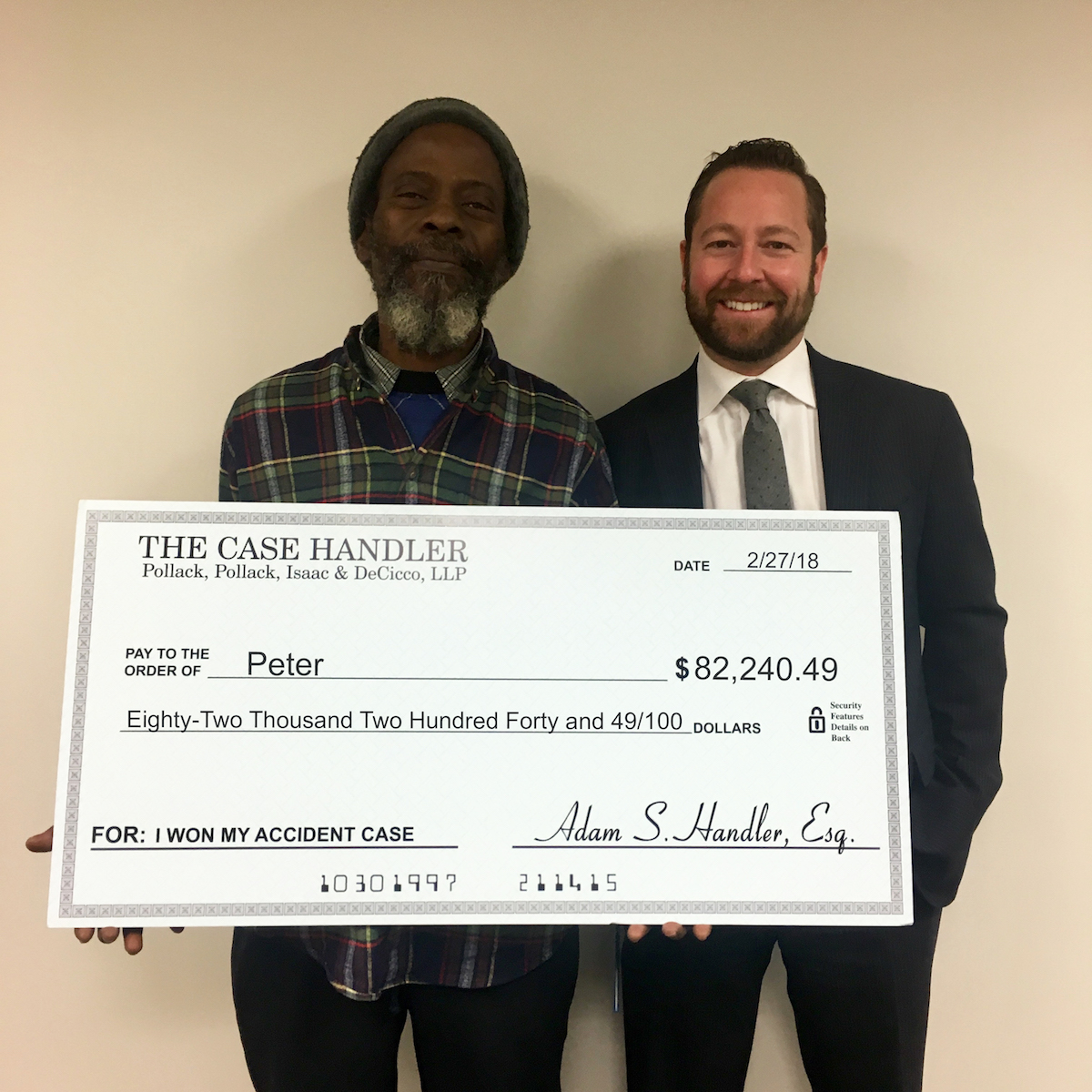 “Adam and his team explained the ins and outs of the entire process.  Overall, I’m very happy with the result.  Adam will do whatever he can do for you, just like he did for me.”

On August 11, 2014, Peter was stopped at a red light waiting to turn left.  While he and the car behind him were stopped at the red light, a third car behind Peter did not slow down and stop.  The third vehicle collided into the car that was behind Peter, which pushed that car to collide into the rear of Peter’s vehicle.  Later that day, Peter went to the emergency room of a hospital in Brooklyn for complaints of neck and back pain. He was evaluated and later released.

As a result of the accident, Peter injured his back, neck, and shoulders.  He also suffered with paresthesias (“pins and needles” sensation) in his upper right extremity on the ulnar aspect (opposite side of his right forearm).  Peter received physical therapy for approximately 2 years and underwent several cervical and lumbar pain management injections.  At the time of the accident, Peter was working as a truck driver and was unable to work for 3 weeks after the car collision.

Peter heard Adam’s radio show and contacted The Case Handler team for legal representation!  Since Peter’s accident occurred on the job, his medical bills should have been covered by his employer’s workers’ compensation insurance, BUT there wasn’t any…so The Case Handler team was successful in getting Peter’s medical bills paid by the other driver’s insurance company and in recovering $82,240.49 for Peter!

Imagine getting rear-ended in a multiple car accident like Peter.  Who is at fault?  Your gut instinct would be to say, “duh the third car of course!” Well yes that car did cause the initial collision, but that car did not hit Peter if you remember.  Did the car behind Peter stop too closely or is it possible his break lights were broken before the crash?  Proving liability is no easy task, but with the help from a trusted New York personal injury attorney – it can make all the difference for you.  If you are ever involved in a multiple car accident, contact our prominent multiple car accident lawyer, Adam Handler – The Case Handler, who will work very hard to make you “very happy with the result.”