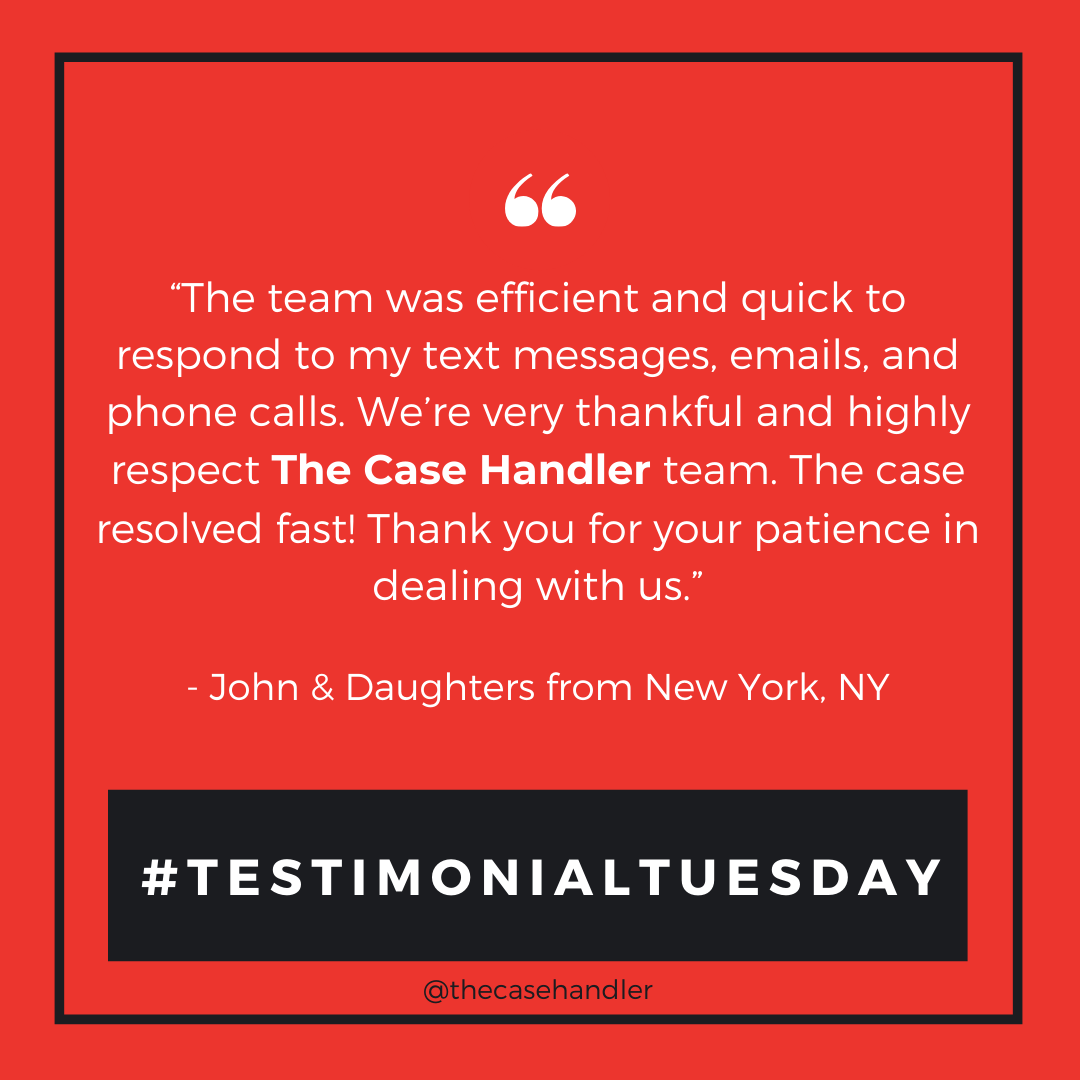 “The team was efficient and quick to respond to my emails, text messages, and phone calls. We’re very thankful and highly respect The Case Handler team. The case resolved fast! Thank you for your patience in dealing with us.”

On January 3, 2019, John was walking across the street at the intersection of Chrystie Street and Delancey Street in New York, NY. As he was just about to get to the other side, there was a driver turning that later stated that he thought John completed crossing the street. Instead, the car struck John and knocked him down. John immediately felt pain in his left leg. He was taken by ambulance to New York-Presbyterian Hospital / Weill Cornell Medical Center, where he was evaluated and admitted.

As a result of the accident, John broke his left knee. He felt excruciating pain and had difficulty bearing weight on his left leg.  He underwent surgery to repair the lateral tibial plateau fracture (break in the top of the shin bone at the knee) on January 5, 2019. He received chiropractic and physical therapy treatments for several weeks after the accident. After his surgery (and a lot of therapy), John was able to walk again.

Thanks to a friend’s recommendation, John contacted The Case Handler team to represent him.  John (with the help of his wonderful daughters) made sure that his recovery from the accident was the top priority. While he was under treatment, our team got to work handling the legal aspect of John’s bodily injury claim. With the help of our New York pedestrian knockdown attorneys at Pollack, Pollack, Isaac & DeCicco, LLP, John recovered the maximum policy limits from the Defendant’s insurance company!

According to NYC DOT for 2018, there were 115 pedestrian fatalities due to getting struck by vehicles in New York City. While the number of pedestrian traffic fatalities has thankfully gone down in comparison to previous years, pedestrians are still getting injured.  Although John had to endure a life-changing injury, we are grateful he still has a life to live. If you or a loved one was hit by a car in New York or New Jersey, our team is dedicated to helping you and your family get the compensation you deserve.

“Thank you to Adam, Sandra, and the staff at PPID.” – John & Daughters