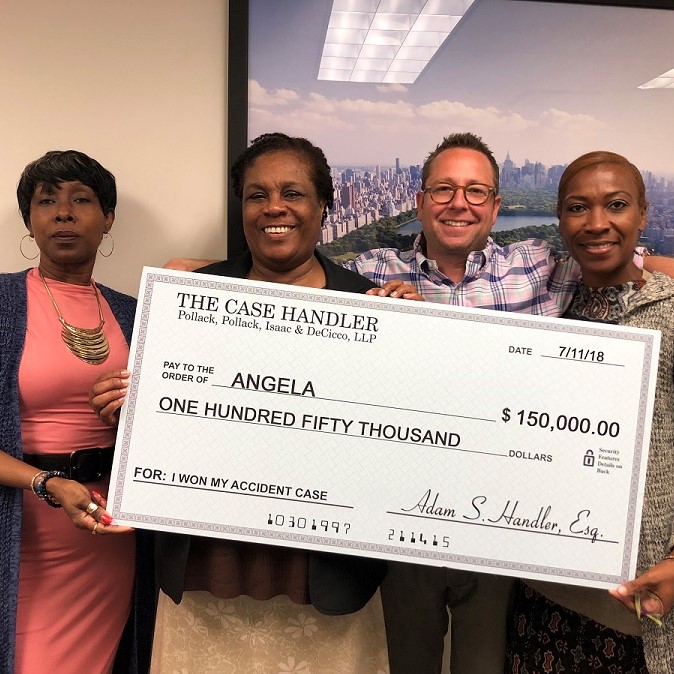 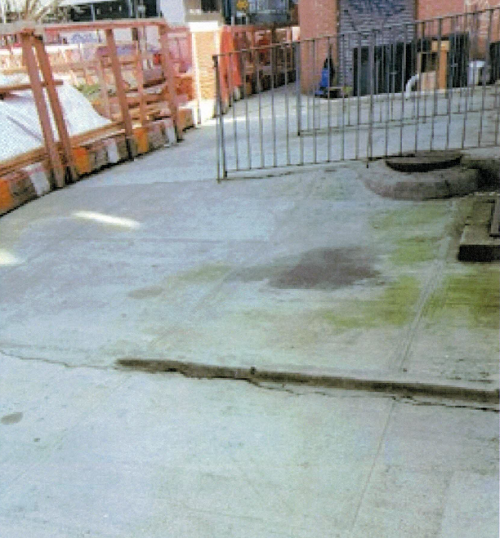 On February 27, 2016, Angela was walking away from the beauty parlor around eight o’clock in the evening. Since it was dark and poorly lit outside, she was unable to see the uneven pavement ahead and tripped over the raised pavement.  Angela stretched out her left hand to reduce the impact of the fall and injured her left hand as a result. Thankfully, a young man was near to help her get up and her daughter was right across the street to assist as well. Angela went to Brookdale Urgent Care Center where she was treated and released.

As a result of her fall, Angela suffered left hand pain and had difficulty making a fist (closing her hand completely). The hospital discharged Angela without performing x-rays or even documenting her visit, since they believed it was a minor injury. Soon after she left the hospital, Angela experienced severe swelling and pain in her left hand. Her hand was put in a cast for approximately 3-4 weeks and once her cast was removed, she went to physical therapy for over a year.

As a fan of Adam’s radio show, Angela’s sister referred her to The Case Handler team! With the help of our legal team, we took care of all her medical bills by successfully recovering the maximum $10,000.00 compensation award to reimburse Angela for her medical bills, AND we recovered $140,000.00 for her bodily injury claim from the insurance company! Overall, Angela obtained a total settlement of $150,000.00!

It was a dark night and difficult to see, so it was ‘my’ fault for not walking slower or not using a flashlight. Do you see how easy it is to blame ourselves for injuries we think we caused by not doing this or that?  If there is a defective sidewalk or pothole that shouldn’t be there on the ground and you tripped over it, don’t immediately hold yourself accountable!  Seek the medical attention you need first, then contact a reputable lawyer to find out if you have a case. Angela did and because of that, she recovered a six-figure settlement check!  If you were injured in a trip and fall accident due to a defective pavement, contact our dependable New York premises liability lawyer “if you want a good lawyer.”