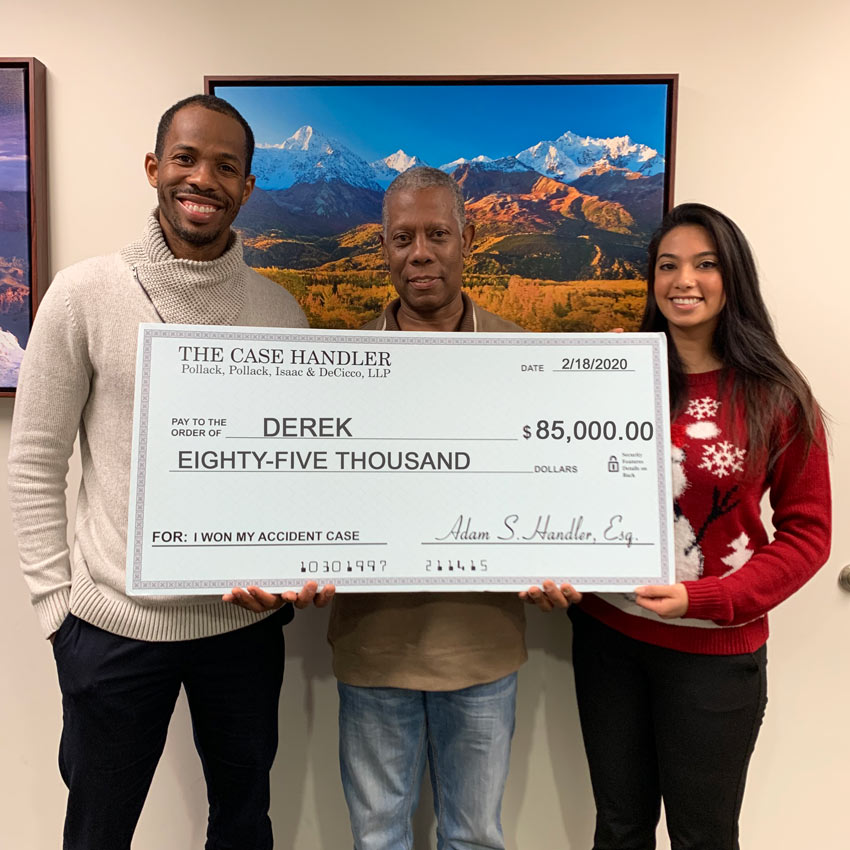 “The Case Handler team took care of me more than I expected. They were very nice and kept to their word. I’m very pleased with the outcome.”

On April 10, 2019, Derek went to go pick up someone at their workplace.  He drove into the parking lot and parked his car to wait for the person to arrive.  While he was waiting, he noticed a fast car approach on Nagle Avenue and swerve.  The car allegedly lost control after they attempted to avoid colliding with another vehicle that made a sudden U-turn from the right side of the street. The last thing Derek remembered was hearing a loud crash, his body moving violently, and hitting his head (In Vehicle 3 Below).  Derek was knocked unconscious! When Derek woke up, he heard the person he was supposed to pick up screaming outside of the car trying to open the car. Thankfully, emergency responders were able to get him out of the vehicle and he was taken by ambulance to St. Barnabas Hospital.

As a result of the accident, Derek fractured his nose and injured his left eyebrow, left calf, left elbow, left fingers, neck, lower back and left hip. He received six stitches to his eyebrow and continued having headaches 24/7 to this very day.  Derek felt the worst area of pain in his neck and lower back. He described it as a constant aching and sharp radiating sensation to his left lower extremity. Due to his injuries, Derek avoided any exacerbating activities such as prolonged walking, sit to stand transfers, standing more than five minutes, turning his head and grasping an object. Derek attended physical therapy, acupuncture, and chiropractic therapy for months and underwent trigger point injections. 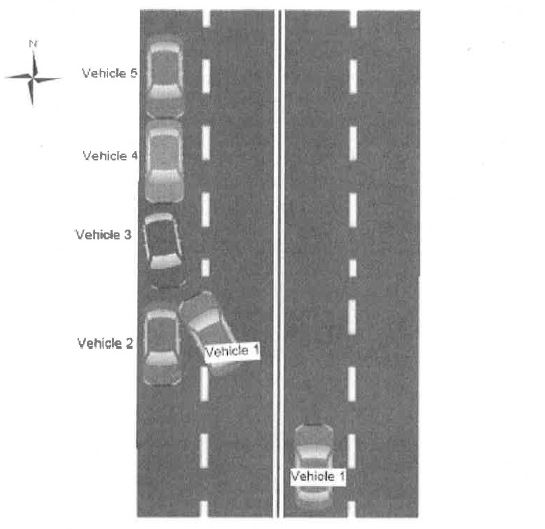 Thanks to a friend’s recommendation, Derek contacted The Case Handler team at Pollack, Pollack, Isaac & DeCicco, LLP five days after the car accident.  Our team jumped into action and discovered that Derek’s vehicle was owned by his daughter that lived in North Carolina.  With Derek’s bodily injury claim in the State of New York and the vehicle’s insurance policy in North Carolina, our team was ready for the insurance company to resist taking responsibility for an accident that occurred out of state. With the help of our brilliant personal injury lawyers at PPID, Derek not only recovered the maximum bodily injury coverage of $25,000…The Case Handler team won him an additional $60,000 through his underinsured coverage (UIM) for a grand total settlement of $85,000.00!

There are many factors that go into determining the value of a car accident case. Unfortunately, there are also limitations on what you can get from an insurance company due to policy limits.  If the insurance has low policy limits, you may have other options to increase your recovery such as through your UIM coverage (just like Derek), or other options.  If you were a victim in a car accident as a driver of someone else’s car, your own car, or passenger, contact a respected NYC parked car accident lawyer that will fight for the highest outcome in your case.