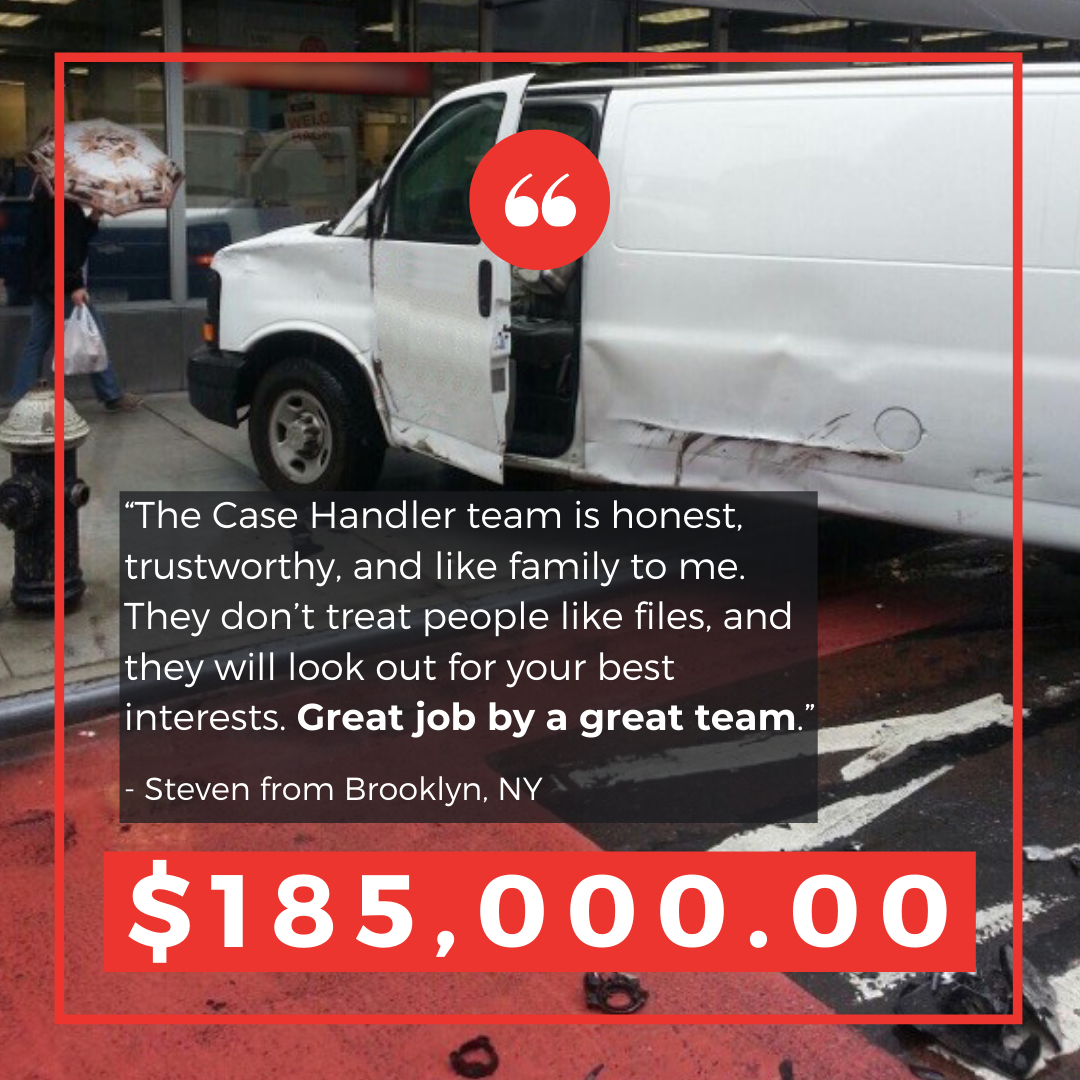 “The Case Handler team is honest, trustworthy, and like family to me. They don’t treat people like files, and they will look out for your best interests. Great job by a great team.”

On September 30, 2016, Steven was working as a delivery driver. After finishing a delivery job, he got into his work van to drive back to the office. As he was driving, a large truck behind Steven rear-ended the left side of his van and proceeded to repeatedly strike the van on the driver’s side. Steven’s van was hit so hard that he had to slam on the brake and steer the van to avoid colliding with pedestrians and the building. Thankfully, Steven was able to stop his van on the sidewalk. Steven remembers being in shock and his body trembling after the accident. He was transported by ambulance to the emergency room of Bellevue Hospital Center for examination and was subsequently discharged home.

As a result of the accident, Steven sustained injuries to his neck, lower back, left shoulder and right shoulder. His persistent neck pain radiated to his shoulders and arms and suffered with numbness and tingling in his arms as well. For several weeks, Steven went to physical therapy to help improve his condition. To alleviate his neck/back pain, Steven received three spinal injections. After further medical evaluation, it was discovered that Steven tore his right shoulder (SLAP tear, posterior labral tear, rotator cuff tendinosis and biceps tendinopathy) and underwent surgical intervention on July 14, 2017. He was out of work for three years due to his injuries from the accident. 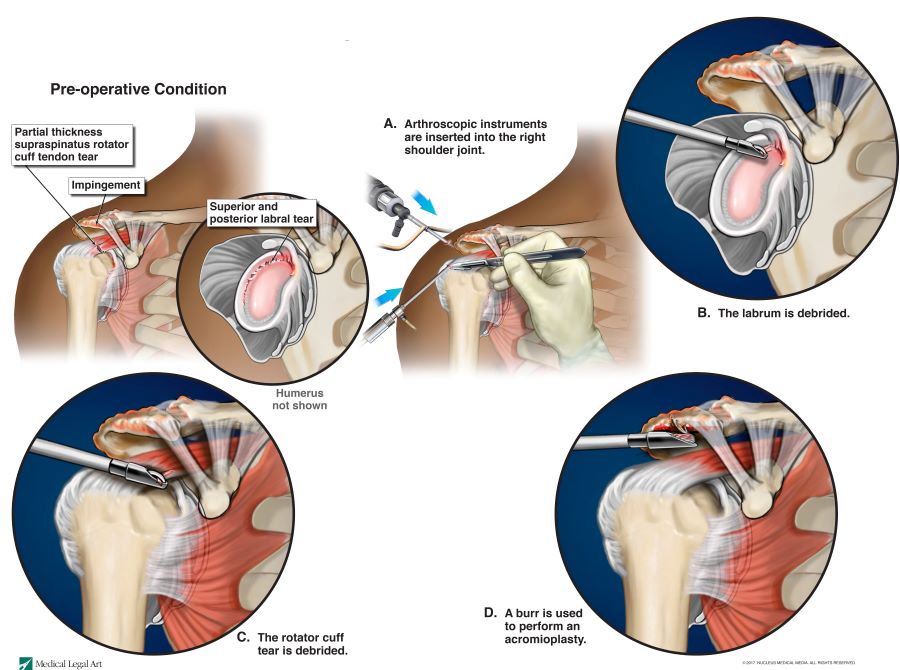 Steven had heard about The Case Handler team for years. When he realized that he needed an attorney to “handle” his case, he immediately thought of The Case Handler! Our team hit the ground running with Steven’s case while he focused on his recovery. According to the accident report, the large truck that crashed into Steven’s car (over and over again) blamed Steven for the accident claiming that Steven cut in front of his vehicle. When our team made our demand for Steven’s compensation, the Defendant’s insurance company initially offered $5,000 and said that their “ridiculous offer was based on our ridiculous demand.”  While we kept negotiating and the insurance company slowly raised their offer all the way to $150,000, we decided it was time to take them to court!  Right before the opening of trial, The Case Handler team at Pollack, Pollack, Isaac & DeCicco, LLP successfully settled Steven’s work accident case for $185,000.00!

For many years our team has worked with insurance companies to help recover the most amount of compensation for injured victims in New York and New Jersey. As frustrating of a process as we know it is, especially when they refuse to pay injured victims fairly, our personal injury team knows exactly how to maneuver the intricate bodily injury claim process. There may be some victims that would prefer avoiding any legal action and just take the initial offer. But what if that $5,000 or $10,000 offer should really be $185,000 or more? When you can hire a team to do ALL of the legal work for you with no upfront fees involved, why not contact a NYC work vehicle accident lawyer that will look out for your best interests?