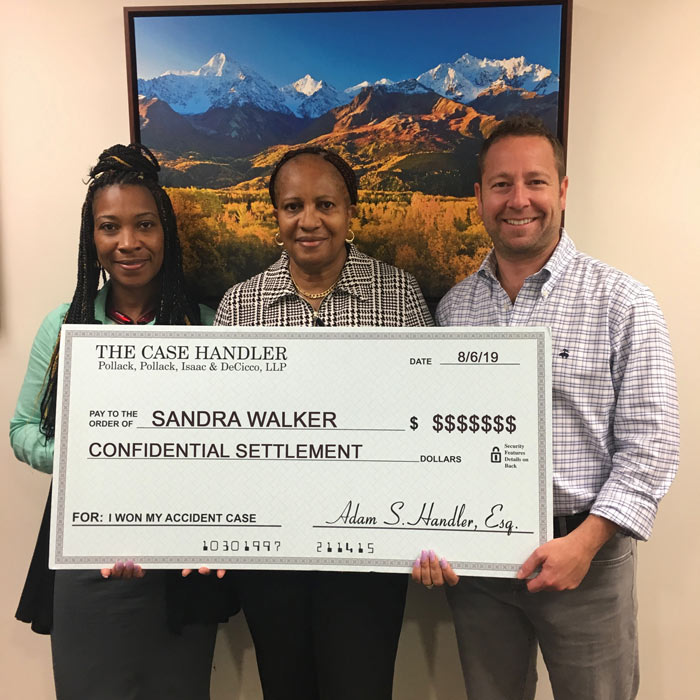 “They were excellent. I’d recommend The Case Handler team ten times out of ten without a doubt. Adam is an exceptional attorney, and the whole team was great at keeping in touch with me. The legal team and doctors that I treated with were the best in my opinion.”

On October 30, 2017, Sandra Walker was driving home when she turned the corner of 183rdStreet & Horace Harding Expressway. While turning, she quickly noticed that the vehicle in front of her had come to an abrupt stop at a pedestrian crosswalk. Sandra hit the brakes as quickly as she could to avoid hitting the car ahead of her. When she came to a stop, Sandra experienced a moment of relief right before another vehicle came slamming into her Toyota from behind and pushed her car into the vehicle in front of her. While, thankfully, no one sustained any life-threatening injuries as a result of the accident, Sandra was taken to the hospital that day. The damage to Sandra’s vehicle was so extensive, that the car had to be towed away from the accident scene. 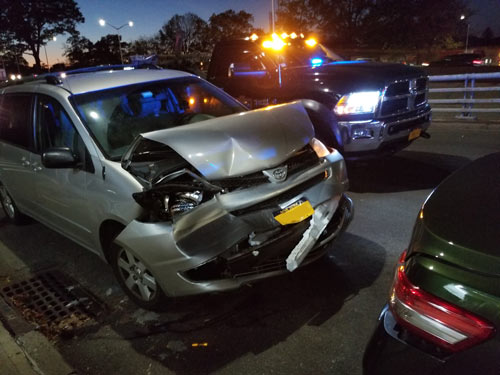 The collision left Sandra with tremendous pain in her lower back. She reported difficulty with bending, prolonged standing, and using the stairs. Medical experts diagnosed this pain as lumbar facet syndrome; this would require a series of steroid injections under the posterior oblique and above the facet joints. Sandra also reported symptoms of PTSD following the crash, citing persistent flashbacks of the crash. In particular, Sandra routinely re-experienced the haunting sound of the cars colliding. Following the accident, Sandra cited feelings of stress, fear and anxiety whenever operating a vehicle. The symptoms became so overwhelming, Sandra began to avoid driving altogether.

While Sandra suffered through unnecessary trauma during and following her accident, hiring The Case Handler team to work on her case effectually lightened the heavy load. From the beginning, Sandra knew she had gotten lucky in finding a first-rate lawyer to represent her – thanks to her son’s recommendation. According to Sandra, Adam and his team at Pollack, Pollack, Isaac & DeCicco, LLP were exceptional attorneys throughout the whole process. She was also impressed with The Case Handler’s sense of urgency. Within days of her first meeting with the team, Sandra had appointments scheduled with medical physicians to get started on recovery.

Rear-end collisions are falsely believed to be less severe then head on collisions. These types of accidents are particularly damaging at high speeds. If you’ve suffered an injury in a rear-end collision or multiple car accident, you deserve the help from a first-rate attorney. Speak with one of our Queens multi car accident attorneys to learn about your legal options to recover damages and/or file a bodily injury claim. Call Adam Handler at Pollack, Pollack, Isaac & DeCicco, LLP today to get the representation you deserve from a reputable lawyer you can trust – with the results to prove it.