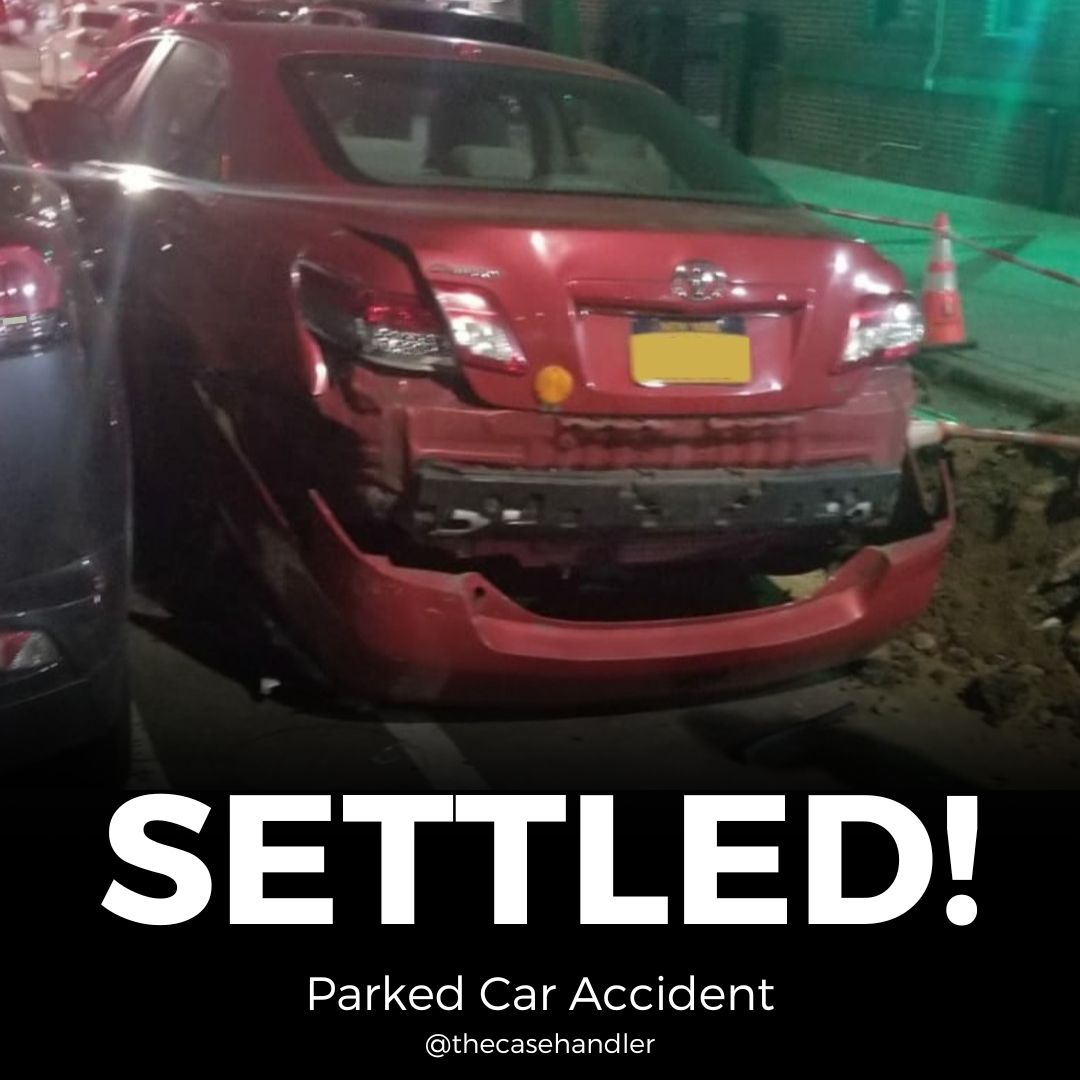 “Adam, Matthew, and their team were amazing. Throughout my case, I received constant check-ins to see how my treatment was going and whenever something wasn’t right with my physical therapy office, they called and immediately fixed the issue. This whole experience was very new to me and I was nervous about it, but they were transparent with me and always filled me in with the status of my case. I was able to settle my case for a larger amount than I originally intended due to Adam really fighting for me. What’s best for you is best for Adam. He and his team go out of their way to make sure you don’t have to stress about the case details and can focus on your recovery.”

On June 20th, 2020, Jaheem was sitting in his parked vehicle on the right side of the road near the intersection of Sanford Avenue and Frame Place in Queens, New York. It was approximately 2:20 in the morning when he suddenly felt an impact to the rear and driver’s side of his car! The driver of the other vehicle later admitted to the police that he “was not paying attention” when he rear-ended Jaheem. Initially, Jaheem was treated at the scene of the accident and later went to Urgent Care for further evaluation and treatment. He was discharged home with pain medication.

As a result of the accident, Jaheem suffered injuries to his neck, right shoulder, and mid-lower back. He described the worst area of pain in his neck as an ongoing localized stiff, aching pressure with associated headaches and paresthesia (“pins and needles” sensation) to the hands. Any form of heavy lifting aggravated the pain he felt in his neck and shoulder. Similarly, his mid-lower back pain was an ongoing localized sharp, aching pressure but without paresthiesia. His back pain felt worse with prolonged activity such as standing and walking. Jaheem had acupuncture treatment, physical therapy, chiropractic care and underwent a manipulation under anesthesia to have his spine realigned. Due to the accident, he missed two months of work.

Jaheem hired a different lawyer initially to take care of his bodily injury claim.  After hearing our radio show a few weeks later, he realized that he did not have the right lawyer for his one shot at financial recovery. So he called our team and made the switch! With the help of our skilled Queens parked car injury lawyer at Pollack, Pollack, Isaac & DeCicco, LLP, all of Jaheem’s medical bills were paid and he recovered a much larger settlement award he expected to receive!

You would think that car accidents only happen while driving, but that certainly was NOT the case for Jaheem. Even while sitting in his parked vehicle, accidents can and do happen. The other driver may have been on the phone, eating, talking to a passenger, falling asleep or just day dreaming. No matter what it was, it’s an important reminder to all drivers that distractions can increase the odds of an accident. Help prevent an accident by paying attention! If you or someone you know suffered an injury in a parked car accident, go with a lawyer that can help you settle your “case for a larger amount” than you expected.