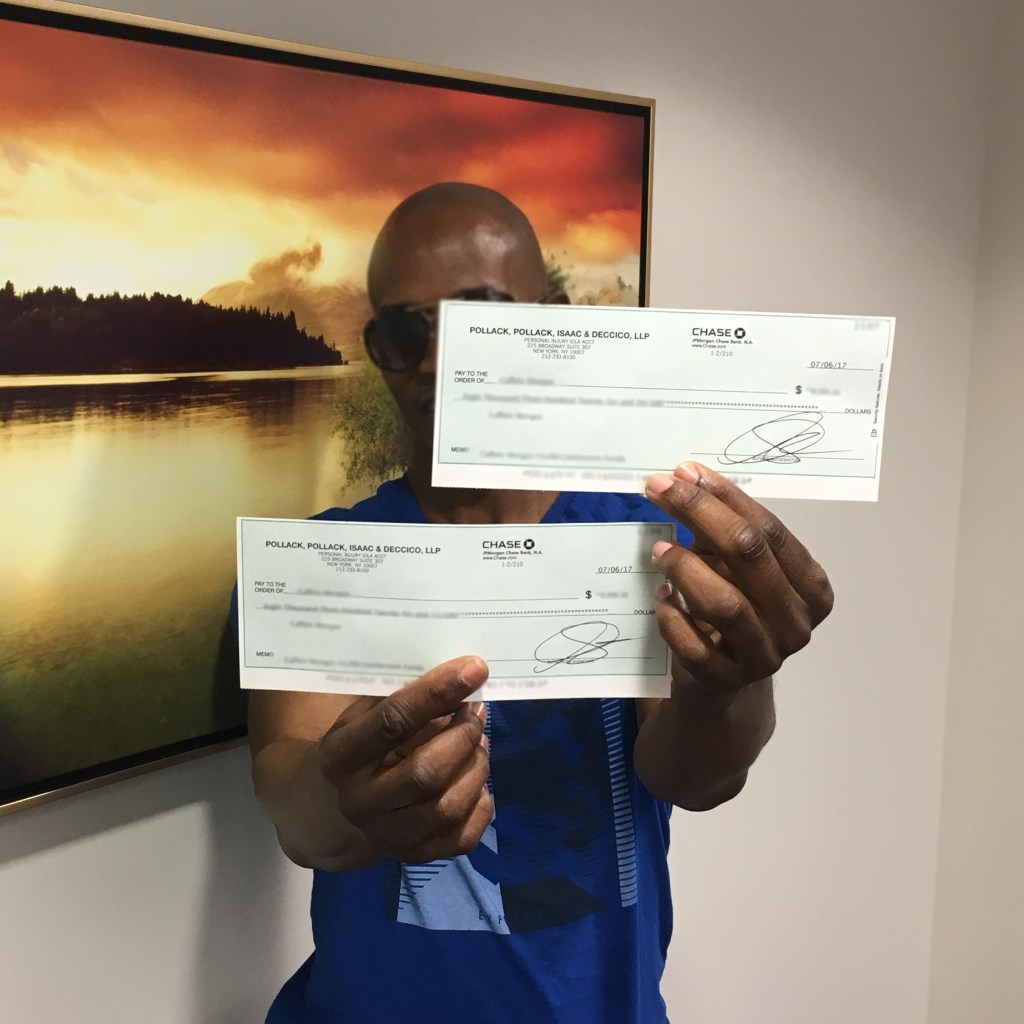 “The Case Handler is the best!  I recommend anyone to Adam. If I wouldn’t send my family here, I wouldn’t send you. He is straightforward and will tell you if you have a case or not – plain and simple. I’ve been around Adam for years and I consider him family.”

On December 11, 2016, Patrick was a front passenger in a vehicle traveling east on Belt Parkway near Springfield Blvd. As the vehicle Patrick was riding in was about to exit, he was rear-ended by another car.  According to accident reports, the second vehicle behind Patrick claimed that the vehicle immediately in front of her stopped short.  As a result, she rear-ended the car in front of her that in-turn caused that vehicle to rear-end Patrick’s car.

Patrick didn’t immediately feel his injuries after the accident until later that day. He took himself to the hospital to have his injured neck, back, right shoulder and right knee examined.

“My wife used to work with Adam when he was at another firm a few years back.  We both have known him for years and I am happy I found him for my case,” said Patrick.

Patrick hired Adam Handler and as we do with all of our clients, we made sure he received proper medical care for his injuries. Patrick stated that his medical treatment was “much better” and gave The Case Handler team a 12/10 rating! With legal guidance from The Case Handler team, Patrick obtained the Maximum Policy Limit Settlement of $25,000.00 from the insurance company!

Patrick’s case is a great example that not all attorneys are created equal.  While many rear end accident lawyers charge the same fee, why not hire a trusted lawyer in the community that has a distinguished track record of top settlements and verdicts in the State of New York and New Jersey?  If you were involved in a multiple car accident like Patrick, The Case Handler team will work diligently with uncooperative insurance companies to recover the most amount of compensation for your case while you focus on getting better.  For a free consultation with The Case Handler team, contact us online or call us at 929-223-4195.