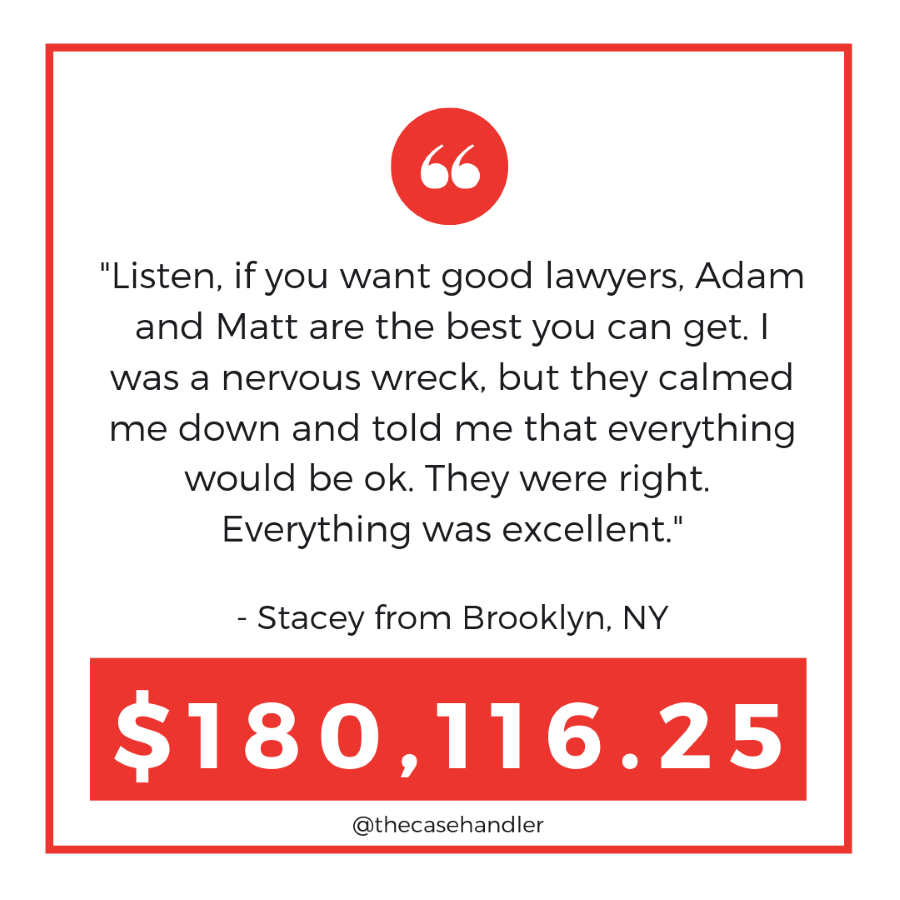 “Listen, if you want good lawyers, Adam and Matt are the best you can get. I was a nervous wreck, but they calmed me down and told me that everything would be ok. They were right. Everything was excellent.”

On July 18, 2016, Stacey was driving eastbound on Rockaway Beach Blvd heading to work. As she slowed down to give another vehicle the right of way near the intersection of Beach 116th Street, the car behind her did not slow down and rear-ended her vehicle. Stacey remembered being so frightened and in shock that she didn’t think to call the police after the accident occurred.  Thankfully, the police arrived, and Stacey was taken by ambulance to Jamaica Hospital Medical Center.  There, she was evaluated and later released with medication.

Due to the accident, Stacey suffered injuries to her neck, mid back, and lower back. She complained of headaches, pain in the neck that radiated to the upper extremities, lower back pain that radiated to the lower extremities, pain in the shoulders and pain in her right wrist and knees.  Medical evaluation confirmed that Stacey sustained multiple spinal injuries such as disc herniations and disc bulges.  She attended physical therapy treatment three times per week and received pain management injections to the cervical and lumbar spine. Stacey was totally incapacitated since the day of the accident. 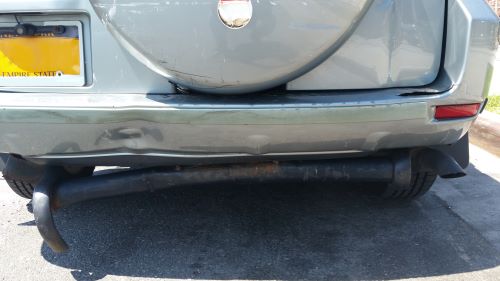 After the accident, Stacey’s coworker called her to find out what happened since she wasn’t at work. When she heard that Stacey was injured in an accident, her coworker told her to contact The Case Handler!  Her coworker said, “That’s the best lawyer you can get.” Stacey was not even thinking about getting a lawyer. She didn’t want to go through a legal battle, so she initially wasn’t going to hire a lawyer.  When Stacey told her husband about the accident and he also said to call The Case Handler, that is when she was convinced to make the call.

The driver that hit Stacey claimed that she suddenly stopped her vehicle and caused the accident.  The Defendant’s insurance company refused to take responsibility for the accident and initially offered $25,000.  The Case Handler team at Pollack, Pollack, Isaac & DeCicco, LLP knew there was a $100,000 policy limit and Stacey was entitled to more, so The Case Handler team took the Defendant to court!  With the help of our exceptional personal injury department at PPID, we successfully proved to the judge and jury that Stacey was entitled to more than maximum policy limits. The Case Handler team won a judgement total of $180,116.25!

If you think “It’s just a rear-end accident” and “It is not serious enough to call a lawyer”, then you pretty much sound like Stacey.  The last thing many of us want to do is to call a lawyer to deal with legal issues.  We know an accident is stressful enough.  As you can see in Stacey’s case, the most the insurance company offered was $25,000 and it would have been very difficult to recover more without an experienced lawyer by your side. If you’ve been injured in a Rockaway Park car accident, call the legal team that will take your case all the way to court when the insurance company try to take advantage of you.