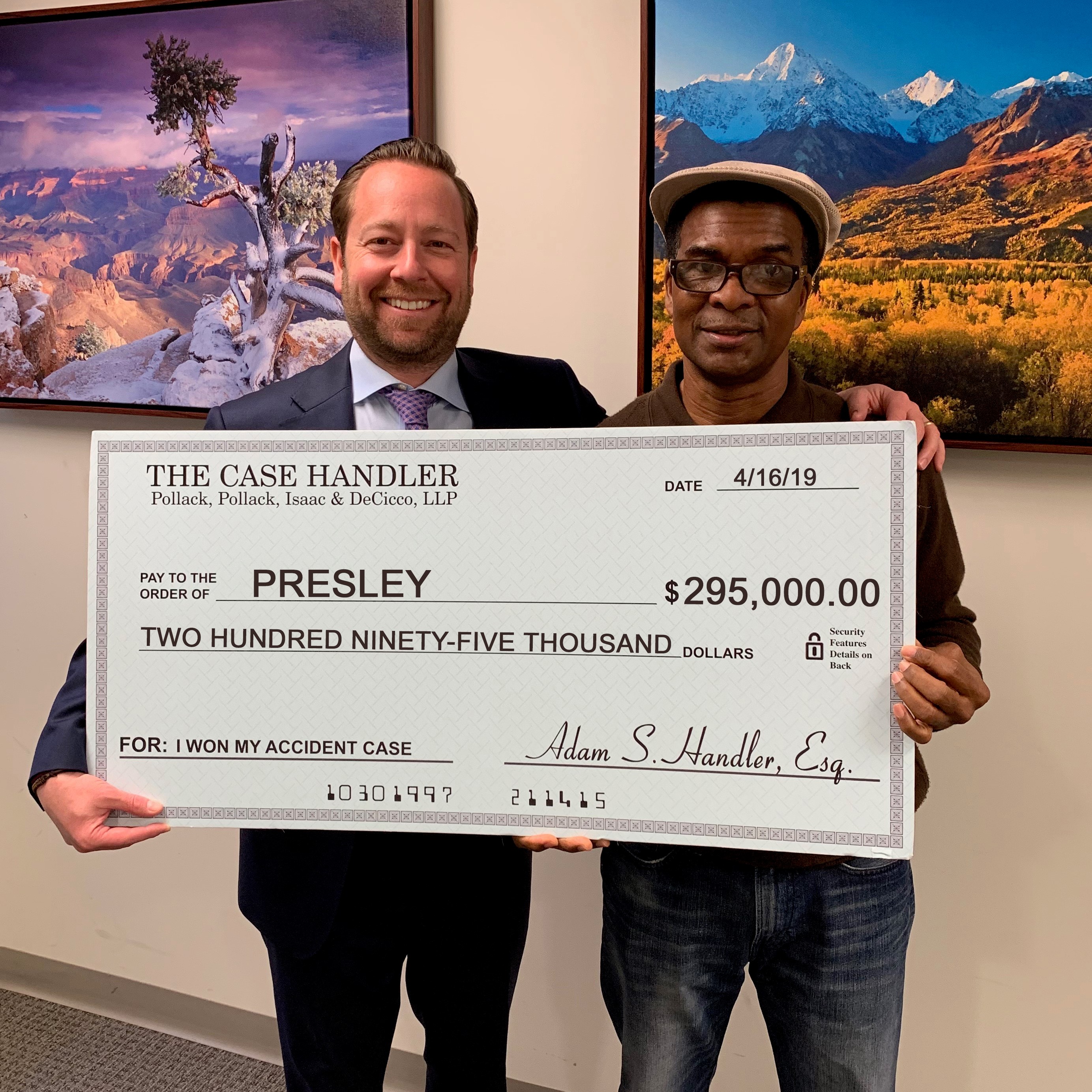 “My team was great at their job and handled the case perfectly. Adam is the best. The Case Handler team always called to make sure I was ok and was going to therapy so I would get better. They genuinely cared and made the whole process stress free. This is the firm to go to, they take care of everything. Just follow their instructions and you can’t go wrong.”

On February 29, 2016, Presley was driving from work on Martling Avenue in Richmond County when he was involved in a three-car collision. The first car rear-ended the second car, causing the second car to rear-end Presley’s vehicle. He was carried out on a stretcher and was taken by ambulance to the emergency room. Presley stayed in the hospital for three days as a result of his injuries. 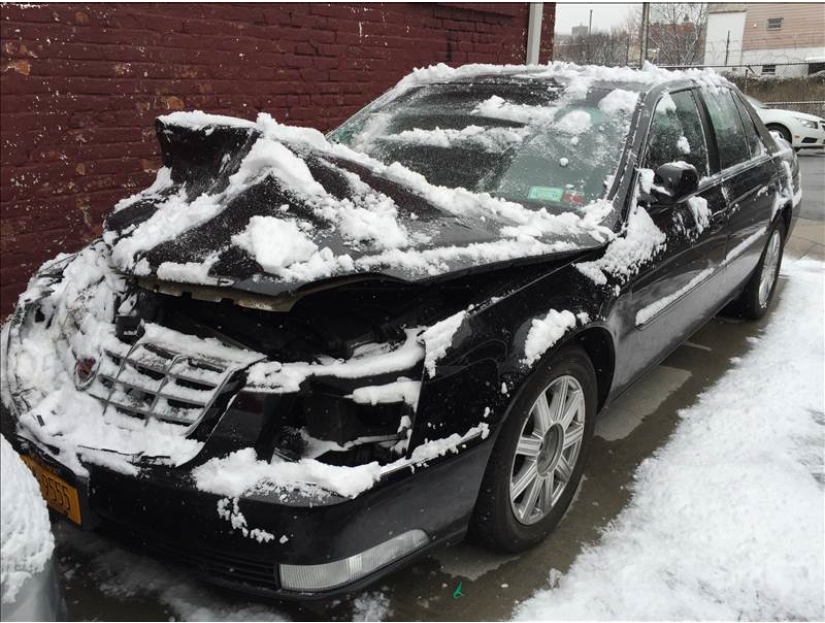 Presley suffered injuries to his mid-back, neck, and head. He had multiple herniated discs in his back that required pain management injections, including epidural steroid injections. He also sprained his cervical and lumbar spine because of the accident. Presley reported having throbbing headaches and severe neck pain. He was confined to his bed and home for approximately four weeks. Presley was a machine operator and a sheet metal worker. His injuries caused him to miss two weeks of work after the accident. Presley later underwent neck surgery and as a result, Presley had to cut off his dreads and missed a significant amount of work!

Before his accident, Presley had head about Adam Handler – The Case Handler. He never thought he would be in an accident, but he thought he should save Adam’s number.  Thankfully, Presley did!  While Presley focused on healing, The Case Handler team got to work handling his bodily injury claim. The insurance company initially offered $25,000. Many individuals would have taken that money and run, but The Case Handler team knew the full insurance policy was $300,000. With the help of our diligent personal injury team at Pollack, Pollack, Isaac & DeCicco, LLP, Presley recovered $295,000 for his case!

The Case Handler team recovered an additional $270,000.00 compared to the initial offer of $25,000.00. If you haven’t noticed by now, the insurance companies will always offer the least amount possible for a case. What’s the number you should save on your phone in case you are injured in a rear-end accident? 929-223-4195. Call a reputable lawyer you can trust and a team that will fight for every dollar you deserve.

“This is the firm to go to, they take care of everything. Just follow their instructions and you can’t go wrong.” -Presley