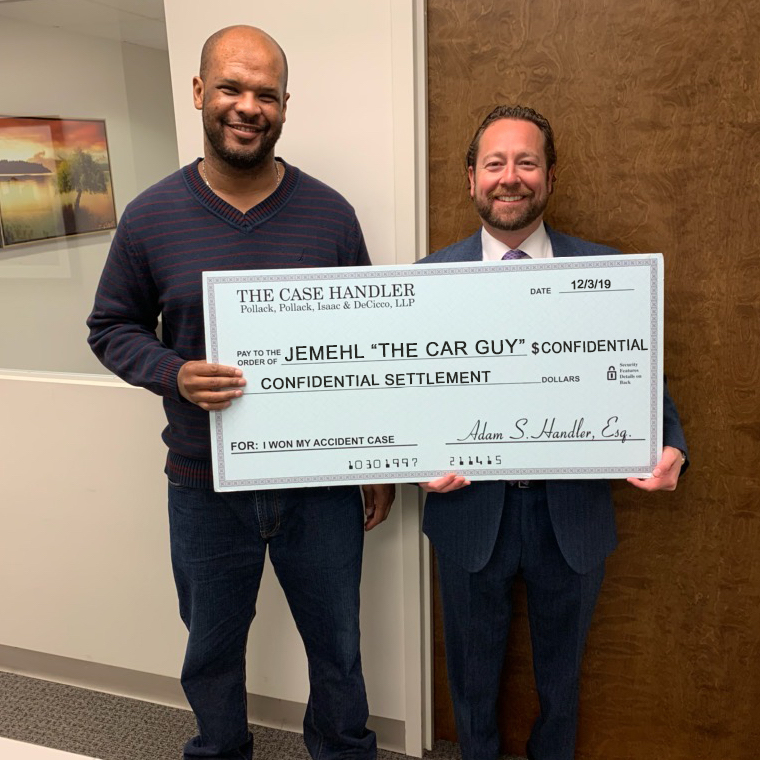 “I always knew what was going on with my case. I never felt like I was in limbo since Adam was great at calling or texting me. They did all the work! The only thing I had to do was go to my doctor’s appointments. Big thank you to The Case Handler team!”

-Jemehl aka “The Car Guy” from Irie Jam Radio, from Springfield Gardens, NY

On June 5, 2018, Jemehl was driving on the Northern State Parkway in Suffolk County.  It was almost time for Jemehl, also known as “The Car Guy” on Irie Jam Radio, to go live on air when the traffic up ahead began to slow down. He realized that he did not have enough time to get off the highway, so Jemehl pulled off on the right shoulder to go on air. During Jemehl’s live show on Irie Jam, there was another driver that failed to notice traffic slowing down.  The driver swerved off the road to avoid hitting the car in front of him and completely loses control of the vehicle. The driver struck Jemehl’s parked car on the side of the road and then crashed into a tree! After getting hit, Jemehl was notified at the accident scene that the vehicle’s gas tank fell off and was leaking. With some assistance, he safely got out of his car and away from the area.  Jemehl was taken by ambulance to Northwell Planview Hospital where he was treated and released.

As a result of the accident, Jemehl injured his neck, back, and right shoulder (tendinosis; impingement). He was required to participate in therapy, chiropractic, and acupuncture treatment three times a week. The pain in his right shoulder felt worst. He stated that the pain radiated significantly to his right upper extremity and hand, with numbness. He had difficulty sleeping on his right shoulder after the accident.  Even with extensive rounds of therapy and an injection in his shoulder, to this day, he is unable to sleep on his right side anymore. 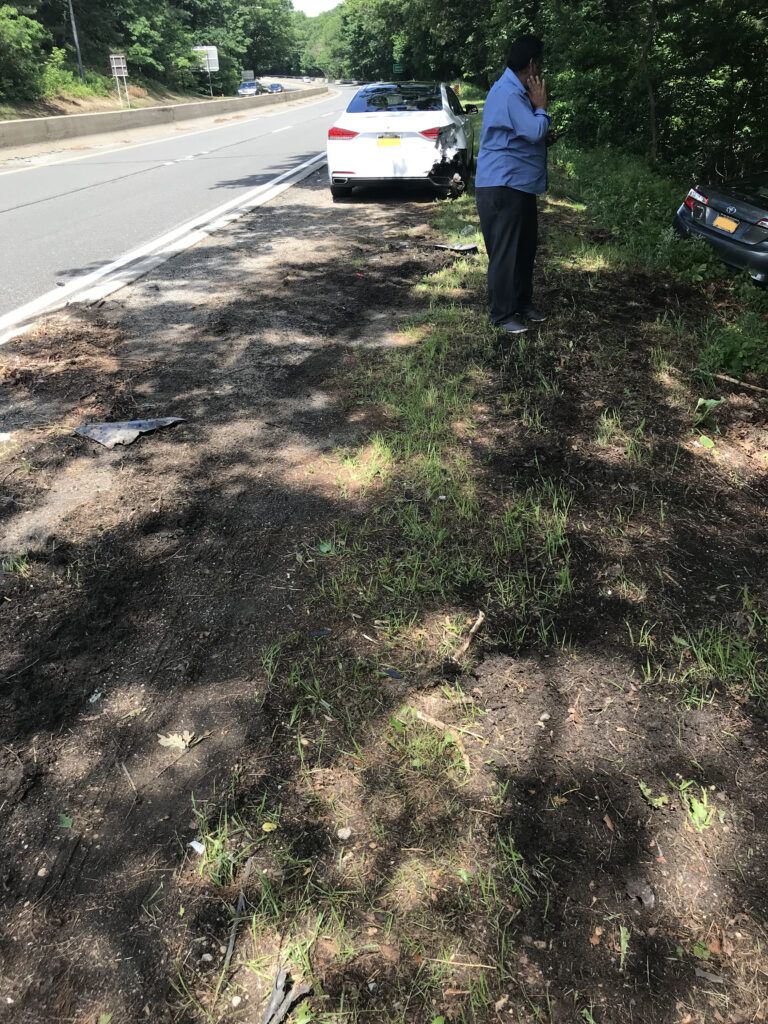 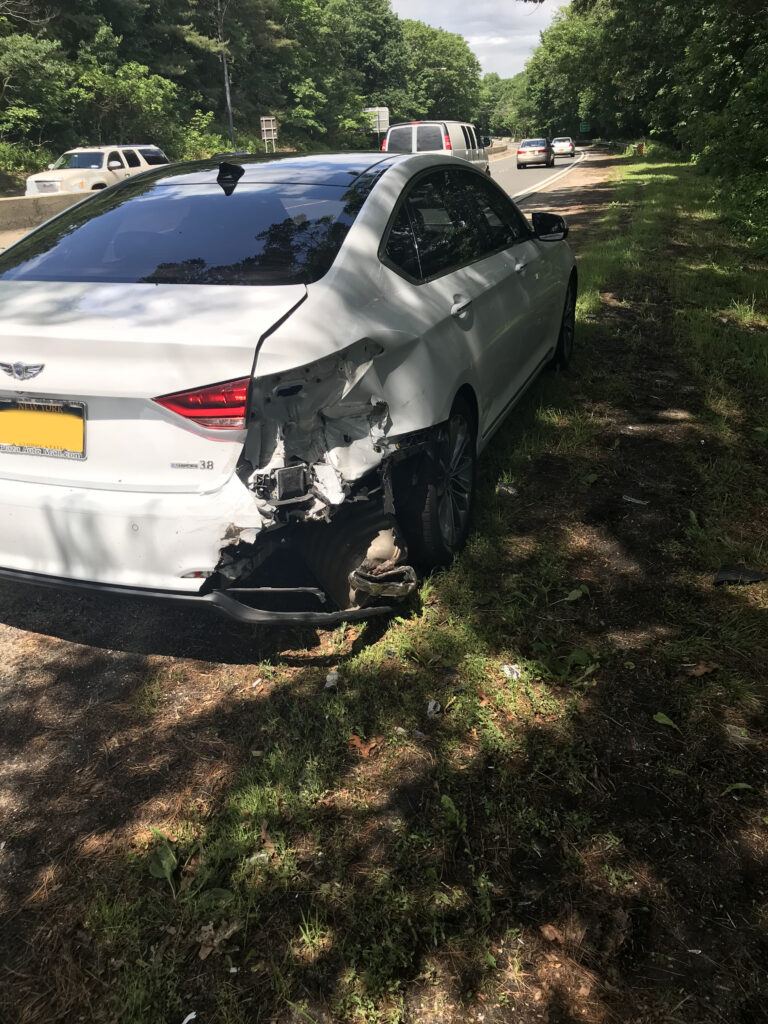 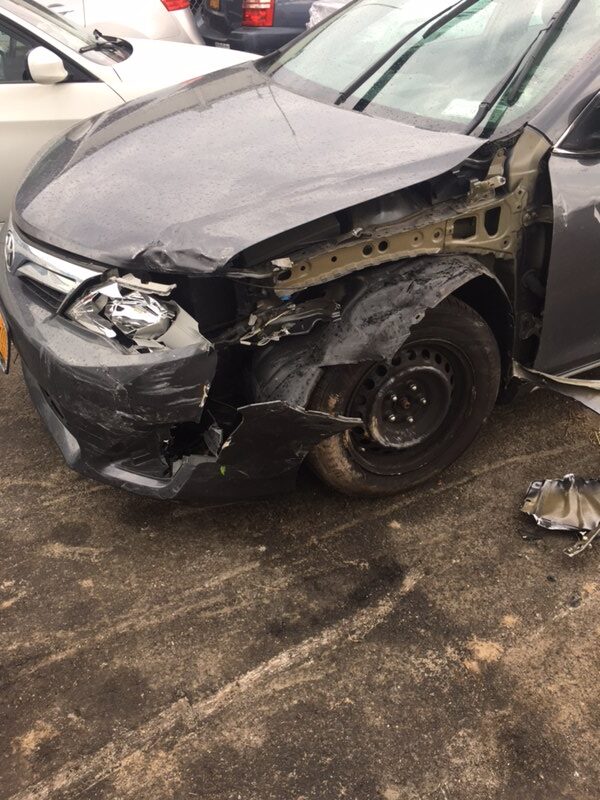 Without a second thought, Jemehl called Adam Handler. “I’ve known Adam for a long time and there’s no one else I trust more,” said Jemehl.  He was able to relax and focus on healing while The Case Handler team handled the entire legal process for him. With the help of our Suffolk County car accident attorneys at Pollack, Pollack, Isaac & DeCicco, LLP, Jemehl got the compensation he deserved for the accident. “Adam took great care of me and I’m happy how easy the process was. He was more than just an attorney, he’s a friend,” said Jemehl.

When someone calls our team after getting into an accident, we are so thankful that they chose to call the The Case Handler team.  We want to thank Jemehl aka “The Car Guy” from Irie Jam Radio for trusting The Case Handler team to handle your accident case. With so many options out there in NYC, make sure to contact a lawyer that has the reputation and results to prove that they are the top choice for you. Just like Jemehl did.