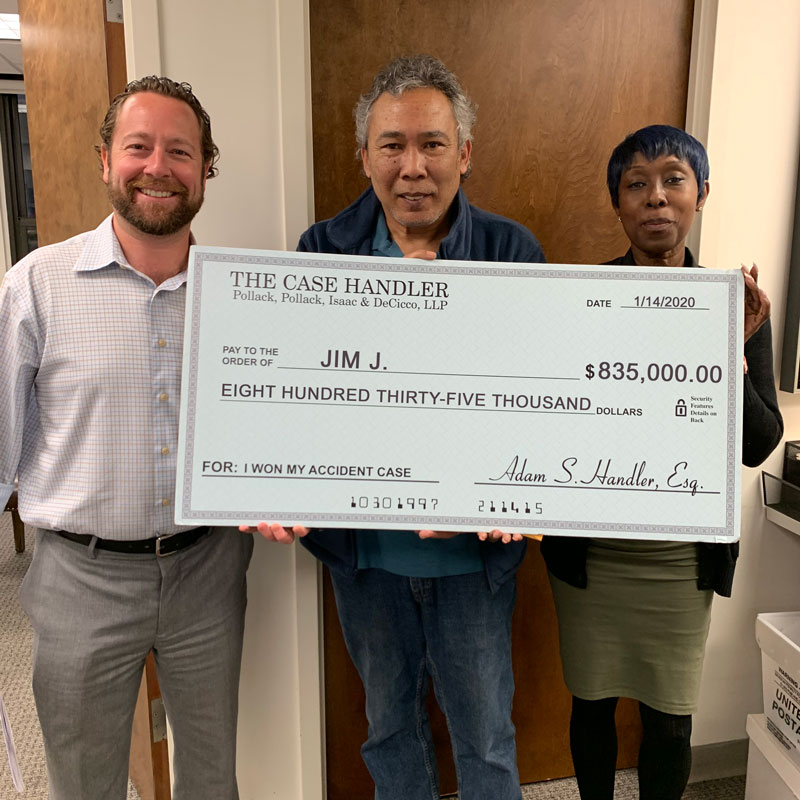 “The Case Handler team helped me with a previous case and they did a fantastic job, so I knew I could trust them with this case. They will represent you well and look out for your well-being.”

On June 8, 2018, Jim was working as a construction worker in the third from left lane on the Tappan Zee Bridge (Interstate 87) in Orangetown in Rockland County, NY.  Jim was in his work vehicle when there was a semi-truck in the second from left lane that made an attempt to pass the car in front and quickly changed to the third lane.  The driver failed to see Jim’s vehicle and crashed into the rear of Jim’s work vehicle. As a result, the semi-truck flipped over, hit the front of Jim’s vehicle as well, and blocked three lanes of the roadway! Jim was taken by ambulance to Westchester Medical Center in Valhalla for medical evaluation. 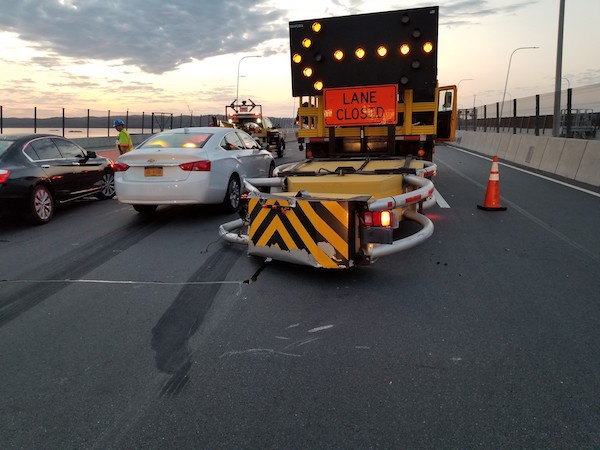 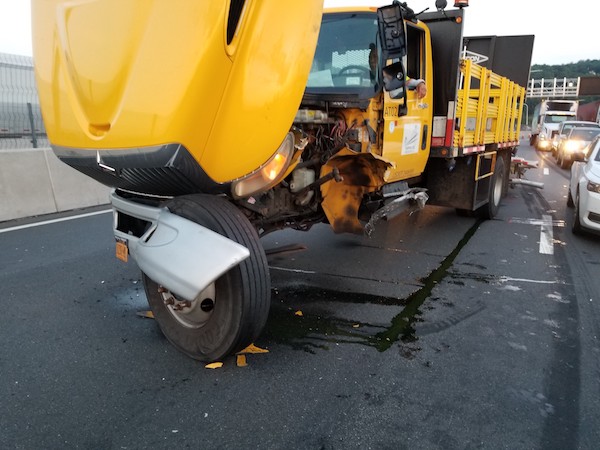 The Front of Jim’s Vehicle 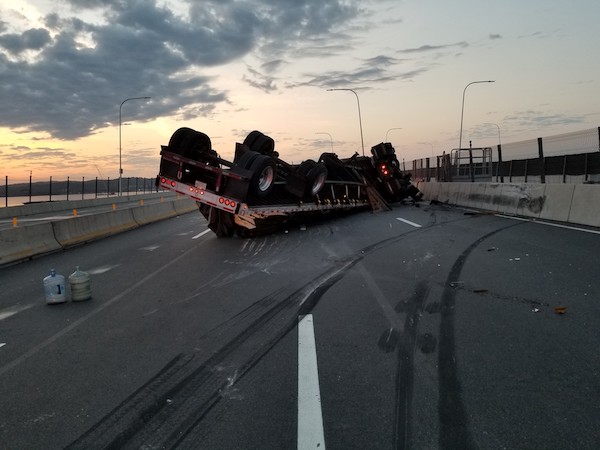 As a result of the accident, Jim sustained injuries to his neck, back and right shoulder.  He had limited mobility, pain with all transitions, constant tingling in the soles of his feet and inability to sit or stand for a normal period of time.  He also experienced neck pain with numbness and tingling in his forearms and hands. He said the pain felt worse in the morning, but it was still constant throughout the day. Jim underwent neck surgery (cervical spine surgery) in February 2019.  Even with months of treatment and surgery, Jim was never able to return to work.

As a past client of The Case Handler team, Jim didn’t think twice about who to call after his accident. As a quick recap of his previous accident in January 2015, Jim was responding to a 911 call as a volunteer firefighter when he was rear-ended. It was a similar type of work accident and his old injuries appeared to be similar to his recent injuries too.  With this in mind, our team knew the Defendant’s insurance company was going to blame Jim’s previous accident and not take the blame for his injuries…which is exactly what happened unfortunately. With the help of our personal injury team at Pollack, Pollack, Isaac & DeCicco, LLP, we were able to prove, with in-depth testing and reporting by specialized medical professionals, that all of Jim’s new injuries were not his old injuries! In the end, The Case Handler team helped Jim recover $835,000.00!

Insurance companies fight tooth and nail to pay injured victims little to nothing even if it was their first accident. So you can imagine how difficult it would be to recover financial compensation after being a victim in multiple accidents. It is not an easy undertaking to tackle the insurance company alone, which is why you should consider hiring a top personal injury attorney that has been tackling insurance companies and winning since 2004! If you were rear-ended on the job like Jim, or have a prior accident you’re worried will impact your case, contact our trusted Rockland construction work injury attorney that “will represent you well and look out for your well-being.”